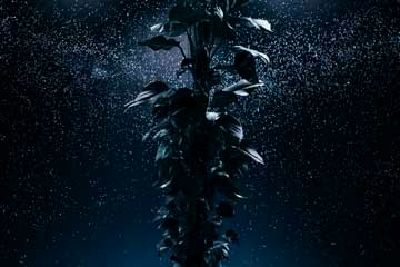 It is being held at Union Works; an eerie and long disused factory which plays a major role in the works on display. Each site-specific peice draws on existing natural elements.

Kevin O'Brien's oil on aluminum pieces appear to be merely dirty walls at first glance, but transform into beautiful floral paintings with a closer look.

There is an element of excitement in discovering a piece in CORE, because the works blend in so well with their surroundings.

If it was not for the white signs, one might very well walk right by a piece and not even know it.

Magic Garden by Mileece is an exception to this rule, and asks that shoes and socks be removed before entering the installation.

Bit Flow is one of the first pieces in the exhibition and is also one of the most disapointing. The piece is comprised of two machines which communicate which must learn to communicate with each other, but is ultimately too confusing and inacessible to be fully appreciated.

CORE has successfully created an exciting art experience. Visit CORE and give a farewell to the Union Works building which is set to be demolished once the exhibition concludes.

• At Union Works until Sunday 29 October