A 19-month-old child was killed in an incident in Rolls Road on Friday lunchtime. Police are appealing for witnesses to come forward. 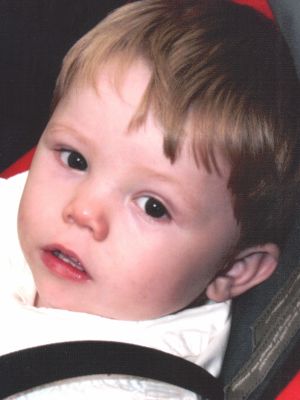 Police were called at just after 1.15pm on Friday to an incident in Rolls Road at the junction with Malborough Grove.

A green Jeep Wrangler, recently reported stolen, was driving west down Rolls Road when it was in collision with a tree and then a young boy in a pushchair who has been named at Billy Donnelly .

Billy was seated in a pushchair. His mother and two brothers were with him at the time – his 10-week-old brother was in the baby seat section of the pushchair and his older brother was walking. They were coming home from a parents' meeting at a nearby school.

Billy was taken by ambulance to Royal London Hospital where he died shortly afterwards. The baby was also taken to hospital and treated for a bump to the head – and was later discharged.

In a statement Billy's family has said: "We are devastated by the death of our son Billy. We would like to expressly thank all the emergency services, particularly the doctors and nurses who worked so hard to save him. We would also like to thank all the well-wishers who have been laying flowers at the scene for the kindness they have shown.

"We would now like to be left alone to come to terms with the loss of our wonderful son and request the media respect our privacy at this time."

The Jeep contained two males aged approximately 14 years; they made off on foot.

A 14-year-old boy was arrested in the vicinity shortly after the incident; later that day another youth also aged 14 was arrested at an address in Southwark. They were taken to a south London police station and have since been bailed to return in mid-December pending further enquiries.

Any witnesses or anyone with information is asked to call the Collision Investigation Unit at Catford Traffic Garage on 020 8285 1574; if you wish to remain anonymous call 0800 555 111.