The State of the World at the National Theatre

The National Theatre is currently hosting an exhibition that shows people and events responsible for the current condition of the world. 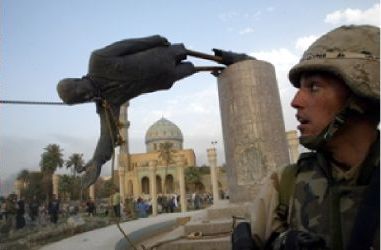 The State of the World exhibition is made up of examples of pictures in a book by Reuters, the world's largest International news agency.

The photographs depict events since the turn of the millennium that have had a significant impact on the world and will forever be recorded in history books. Some of the events include the attacks on America on 9/11 and the War on Terror, bombing attacks on London, riots, genocide, and natural disasters such as hurricanes, tsunamis, earthquakes and drought.

One photograph that demands attention is a photograph revealing the devastating effects of drought in Nigeria. A one year-old malnourished boy resting in his mother's arms reaches up and puts his fingers on his mother's mouth representing the 3.6 million people left thirsty and hungry in 2005.

The exhibition includes only 60 of the prints from the book. A flat screen shows a presentation of more of the photographs, and a copy of the book itself is on display for viewing and can be purchased at the NT Bookshop.