A new urban park extending southwards from Tate Modern towards Elephant and Castle moved a step closer this week with the selection of architects to develop the plans. 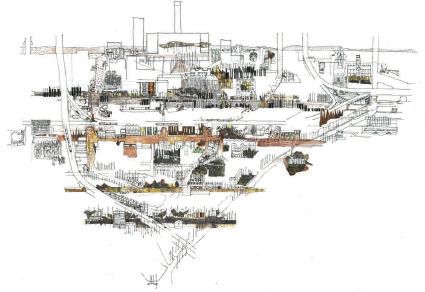 Witherford Watson Mann Architects have been selected by Better Bankside to develop a vision and framework for the Bankside Urban Park. The practice was one of eleven invited to make submissions.

"The expectations from the brief are complex and reflect the number of interests which are party to the study," explains Donald Hyslop, chair of Better Bankside and Tate's head of regeneration and community partnerships.

"WWM produced a considered approach that addressed the challenges and opportunities that exist."

The plan is to create an urban park extending from Tate Modern southwards towards the Elephant and Castle between Blackfriars Road and Borough High Street.

The urban park will connect newly landscaped areas around Tate Modern to open spaces across Southwark, involving the improvement of the urban realm through the creation of pocket parks and other small-scale developments.

Other parties involved with the scheme – which is led by Better Bankside – include Southwark Council, Tate Modern, Transport for London, Cross River Partnership, Land Securities, GC Bankside and the Architecture Foundation.

Stephen Witherford said: "It's very exciting that a young practice like ours has been trusted with this challenge."

"I was involved in the Architecture Foundation's Future Southwark initiative 10 years ago and it's amazing to see not just the transformations the area has accommodated, but also what has endured.

"We are really looking forward to working with the stakeholders and residents to further explore the dynamics of the area."

The framework is due to be completed early in 2007.