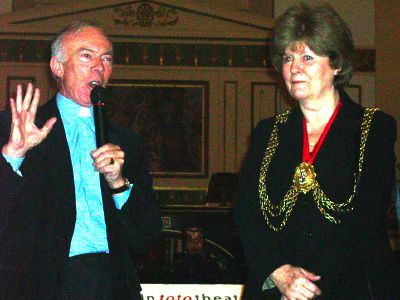 Following speeches inside the church, Cllr Atkinson cut a ribbon across the south door and, with the rector of St John's Canon Richard Truss, led guests down steps into the garden.

Earlier the director of the the Waterloo Green Trust Anne Darlington had appealed to residents to join the Friends of St John's Sculpture Park and have a say in what happens in the renewed space.

Putting Down Roots, Southbank Mosaics and others involved in the garden were among organisations with stalls in church.