The first pictures of a previously unknown 17th-century delftware kiln in Great Suffolk Street have been shown to the public. 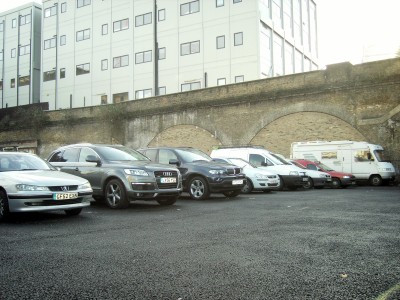 The site is currently used as a car park 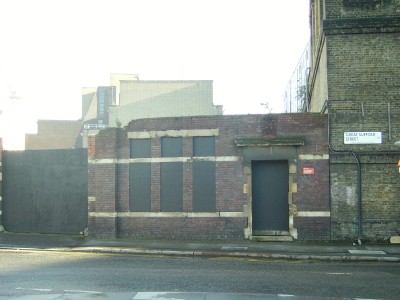 The results of the recent archaeological dig on the corner of Lavington Street and Great Suffolk Street were unveiled by Sian Anthony of the Museum of London who is preparing the official report.

Between March and June last year, her archaeological team concentrated on the area directly opposite the White Hart pub at the junction of Dolben Street. This ground was covered by the now demolished Grand-Vitesse railway building from the end of the 19th century.

The 0.7-acre Lavington Street site was acquired by developers Londonewcastle last year for £9.3 million. It appointed local architects Allies & Morrison to develop a mixed-use scheme for the site.

Sian Anthony, who was addressing the Southwark & Lambeth Archaeological Society at a meeting in The Cut, reminded her audience that Great Suffolk Street, known earlier as Gravel Lane, once had a raised surface to keep the farm track above the floodplain fields.

The pottery was set up on the eastern side in 1694 with the owner living alongside the pothouse and kilns. Museum research revealed that a family feud had led to an armed siege at the pottery and shots being fired. This incident resulted in a trial at Kingston Assizes as Bankside was at the time part of Surrey.

An inventory of 1726 records a storehouse holding over 96,000 pots in storage. Later tiles were manufactured before the site was turned into a glassworks in about 1750.

Sian Anthony said that "the high rate of survival of buildings" and the number of products found had provided invaluable information not only for her report to be published later this year but for future studies of similiar areas in Southwark.