Four promoters who stage comedy nights in local pubs have teamed up to launch SE1 Laughter Week - seven days of comedy for locals, workers and tourists. 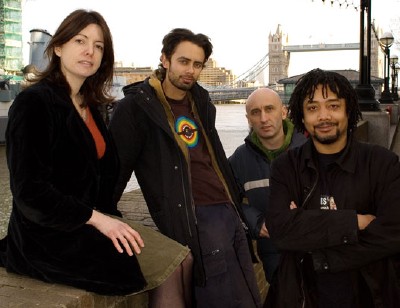 Last November four comedy promoters – Paul Ricketts amd Verity Welch (Up The Arts Comedy at The Miller of Mansfield & Horse Bar), Alexis Dubus (Falling Down With Laughter at Belushi's), Gary Colman (Electric Mouse at The Leather Exchange) and Elise Harris (Ship of Fools at The Ship) – got together to discuss staging a comedy festival.

Now SE1 Laughter Week is set to become a reality, kicking off on Friday 16 March with a free open-air event at The Scoop.

As local residents Paul Ricketts, Alexis Dubus and Elise Harris say that the area is ideally suited to a comedy festival designed to reach all sections of the population – residents, local workers and visitors alike.

The SE1 Laughter Week programme will include films, stand-up, sketches, cabaret, music, a comedy course for beginners and shows for the benefit of local charities and Comic Relief.

The organisers want to know is what local people would like to see – events, performers or whatever. Volunteers who can lend their skills to the project are also welcome. If you think you can help, email Paul Ricketts on [email protected] as soon as possible.

The full SE1 Laughter Week programme will be available on our Comedy page once it is finalised.