A man whose attempt to drug his dinner date at the Fish! restaurant in Borough Market was thwarted by a sharp-eyed waiter has been sentenced to two years in jail. 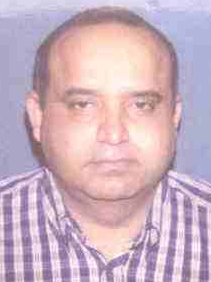 39-year-old Rohail Spall was last December convicted of administering a substance with intent to commit a sexual offence contrary to section 61 of the Sexual Offences Act 2003.

On Friday he was sentenced to 2 years imprisonment at the Inner London Crown Court in Newington Causeway.

The court heard that on 13 June 2006 the victim met Spall for a pre-arranged dinner date. She had met him previously whilst in the company of her friend in a bar in Canary Wharf where he engaged them both in conversation and exchanged phone numbers.

He gave her the impression he was a high-powered, respectable businessman working in the city.

After the victim had finished work they had a few drinks in a bar in Canary Wharf and then went to the Fish! restaurant in Cathedral Street SE1 in Spall's chauffeur driven Mercedes.

In the car, Spall kept trying to kiss the victim which she tried to rebuff by moving to sit in the opposite corner of the car.

At the restaurant the victim immediately went to the toilet. Whilst she was away Spall approached the head waiter Kevin Murphy and said that the victim was his girlfriend and that he wanted to have sex with her so asked if he could keep her glass refilled.

During the meal Spall kept telling the victim to have red wine but she couldn't understand why as they were having fish.

Whilst eating Spall kept telling the victim to stay the night at his place and when she disagreed he persisted in trying to persuade her.

The waiter became suspicious of the man due to the comments made to him. Whilst he did so he noticed the man dropping a tablet into the victim's drink when she went to the toilet. The waiter spoke to the victim as she came out of the toilet and told her what he had seen. The manager was alerted and the police called.

When police arrived Spall was searched and a blister pack of tablets was found in his pocket with one tablet left. The name on the blister was XANAX, a drug with similar effects to Rohypnol.

Spall was arrested and taken to Walworth Police Station where he made no reply to the caution.

The tablet and the contents of the victim's drink were sent to a Forensic Science Service laboratory for analysis where it was confirmed that the drink contained the drug.

"Whilst I am surprised at today's sentence I must respect the decision of the court," said DC Arran Barnes, commenting on the sentencing.

"I would like to praise the actions of the waiter who in effect has prevented any further serious offences to occur.

"I would also like to praise the victim for her courage and dignity throughout this case. I would encourage any women who feel they may be a victim of this type of crime to report it to police. We will always seek to prosecute."

Speaking after the sentencing the victim said: "I don't think the sentence was long enough especially because of what I think he intended to do and what could have happened had it not been for the waiter.

"I would like thank the waiter for his actions and I would also like to say to other girls be careful, keep an eye on your drinks and don't trust anyone."