The opening of the St George in Southwark Festival on Saturday was marked by the launch of booklet celebrating 21 years of GHARWEG. 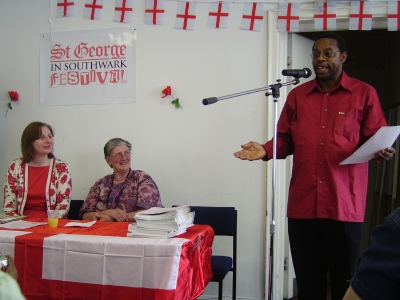 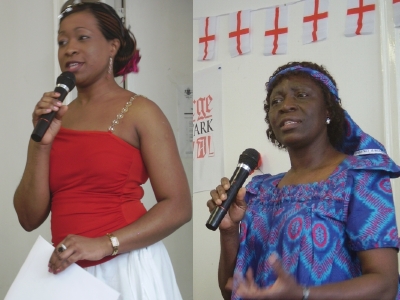 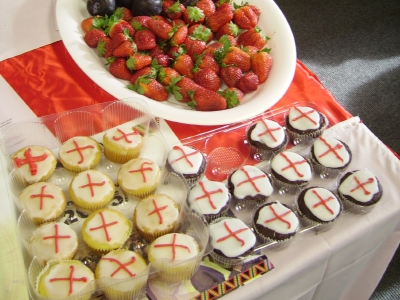 GHARWEG Advice, Training and Careers Centre in Westminster Bridge Road near St George's Circus concentrates on the educational and employment needs of refugees mainly from Africa.

The organisation was set up in 1985 by a group of Ghanaians who were given office space in Borough Road by Guyanese Against Dictatorship. Its own first office opened in Pilgrimage Street in 1988 when members began organising employment training with the support of the Refugee Council.

The booklet was officially launched before a large audience at the GHARWEG offices by Cllr Adele Morris who praised the work of organisational development officer Sylvia Wachuku-King.

Earlier Marion Marples, speaking on behalf of the St George in Southwark Festival committee, congratulated GHARWEG on its enthusiastic contribution to Southwark's first festival of St George who is patron of several countries and regions.

A buffet of authentic national dishes was supplied by members of Southwark's Ethiopian, Somali, Ghanaian, Sierra Leonian and Nigerian communities. A supply of Ethiopian St George Beer was arranged for the celebration.

Copies of the booklet, which carries a message from the Mayor of Southwark and outlines the 2007 programme, are being distributed to libraries and schools.