Figures released under the Freedom of Information Act show that there were 18 reported incidents of criminal damage at London Road tube depot in 2006. 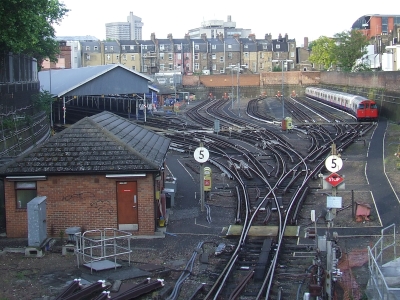 According to the figures obtained by Liberal Democrat members of the London Assembly, there were 18 reported incidents during 2006 at the Bakerloo line depot near St George's Circus. There were no reported incidents of criminal damage in the preceding five years.

By contrast the Waterloo & City Line depot at Waterloo had no reported incidents in 2005 or 2006.

The British Transport Police statistics show that reported incidents of damage, trespass and burglary at tube depots across London have soared from 81 in 2005 to 200 in 2006.

"It is seriously worrying that last year – only a year after the London bombings – there were no fewer than 200 unauthorised entries into the depots where Tube trains are kept overnight," says Geoff Pope, Lib Dem transport spokesman on the London Assembly.

"It's bad enough that graffiti artists and vandals are breaking in to damage trains. But the public will understandably have another kind of threat on their mind."

Bankside Residents' Forum recently suggested that a lightweight deck could be constructed above the depot to create a new green open space.