A memorial to the 54 people who died when two bombs hit an air raid shelter in The Cut in 1941 was this week rededicated to mark its installation on the rebuilt Young Vic theatre. 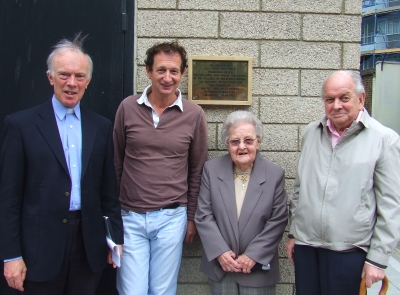 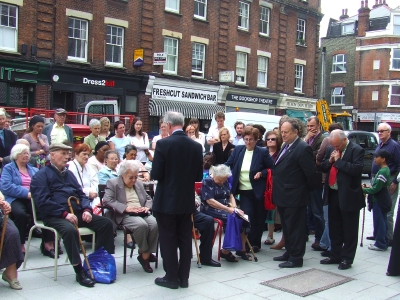 On 17 April 1941 two bombs hit Walklings Bakery on The Cut. 54 local residents – aged 2 months to 82 years – were sheltering in the basement. All were killed. Most of the dead lived on The Cut or in nearby Ipsden Buildings.

The plaque was installed a decade ago on the original Young Vic theatre building following years of research and fundraising led by Waterloo residents Lou and Len Shepperd.

Lou's cousin's husband and two of her schoolfriends from St John's School were among those killed in the air raid shelter.

The plaque was stored in artistic director David Lan's office during the rebuilding of the Waterloo theatre and has now been reinstated on the corner of The Cut and Greet Street.

The names of the 54 victims are recorded on a roll of honour which can be seen inside the theatre.

The rededication ceremony was attended by Kate Hoey MP and Bishop's ward councillor Peter Truesdale along with many members of the Waterloo community.