Southside FM, a radio station run entirely by young people aged 11 to 25, is on the air this August for the third year running. 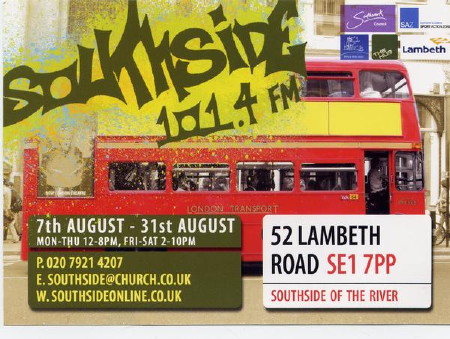 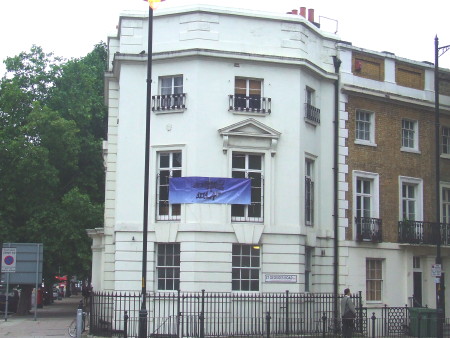 Southside FM is based at Hub House, the former Oasis Health Centre opposite St George's Cathedral

Initiated by the Hub youth programme at Church.co.uk in Kennington Road, Southside FM is broadcasting a lively mix of music, interviews and debate throughout August. Recent interviewees have included Simon Hughes MP.

At least 200 youngsters will be involved over the course of the summer, and have led the project from its inception, sourcing funding, designing the studio and running all the programming.

"With the increasing frenzy surrounding gun and knife crime and gang violence it's really important to be able to run a project that demonstrates that young people are talented, have potential and can be constructive and inspirational," says Pete Brierley, youth and community pastor at Church.co.uk.

"I believe that Southside gives a healthy alternative to an increasingly dangerous scene. By growing in their self-esteem and confidence, we hope that we can help young people to be able to make positive choices, even when that is difficult, and to understand their potential and worth."

The radio station is funded by Lambeth and Southwark Councils and the local Sport Action Zone and is supported by SE1 United, a forum of young people from the Waterloo area who want to give a voice and positive image to their age group.

Last year 600 young people got involved in Southside FM, with several of these going on to use their experience to gain formal broadcasting qualifications. While taking part they learn a variety of technical, media and communication skills, which can provide a useful base for future employment or study, as well as boosting self-esteem and confidence.

Southside FM is based in Hub House, a new youth centre which aims to offer a safe space for vulnerable young people to learn new skills, and to develop socially, emotionally, educationally and spiritually.

From September Southside FM will begin broadcasting all year round on the internet.

Southside FM is broadcasting until the end of August on 101.4fm from 12 noon to 8pm Monday to Thursday and from 12noon to 10pm on Saturdays and Sundays. More at www.myspace.com/southside1014