The Barnett Newman exhibition at Tate Modern will be a high point in the autumn art calendar. 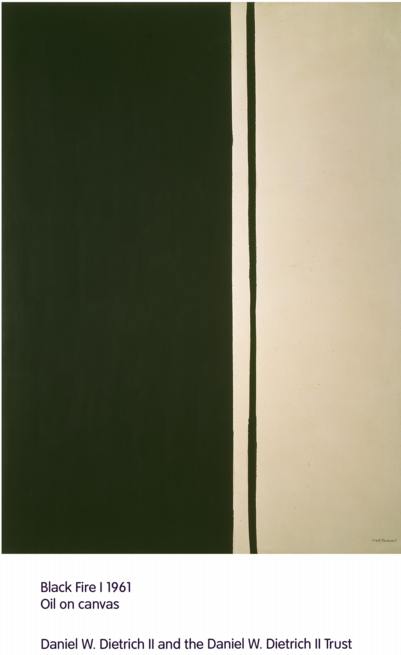 But this is a once in a lifetime exhibition because some of these modern paintings are over fifty years old and fragile. They may not come here again. The Tate has borrowed half Newman's output and the main attraction, the Stations of the Cross series, has never before left the Washington National Gallery.

This is a remarkable exhibition for a failed New York mayoral candidate. It is also the classic story of a famous artist who had hard times at first. He gave up his job and family businesses to live off his wife. Although taken up by the celebrated Betty Parsons, his show at her gallery cost him money. Not a single work was sold.

The great feature of his sometimes giant paintings is the crude strip or, as he later called it, the zip. This features in his Stations of the Cross which in the 1960s seemed shocking. At the time many questioned how a Jew could turn to this subject when Christianity was becoming unfashionable.

But Newman had already used the Old Testament as inspiration. However, the first two paintings in the series were started after two years of depression and only later did the growing number of paintings become Stations of the Cross. The 14th, and therefore the traditional final station, appears to be a blank white canvas but on close inspection a zip in a different shade of white becomes discernible. Then there is an extra station where colour returns. This may be a reference to life after death but the message in this room appears at first to be impenetrable.

This is an exbibition in a great space to be enjoyed slowly as Newman once suggested his works should be. But the bright works do make wonderful postcards (50p).