The Queen and the Duke of Edinburgh visited the Pool of London on Wednesday for the naming of the Trinity House vessel Galatea currently moored alongside HMS Belfast. 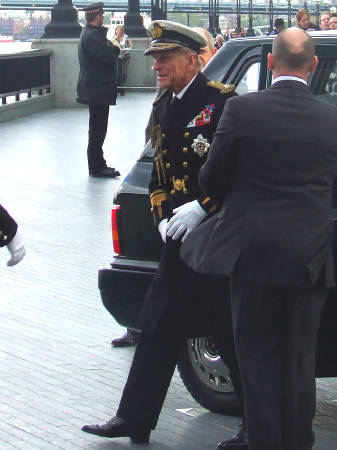 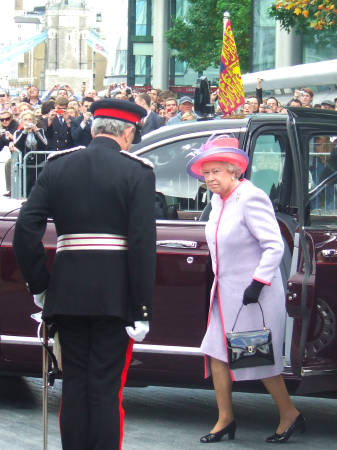 The Queen arrived just after 3pm 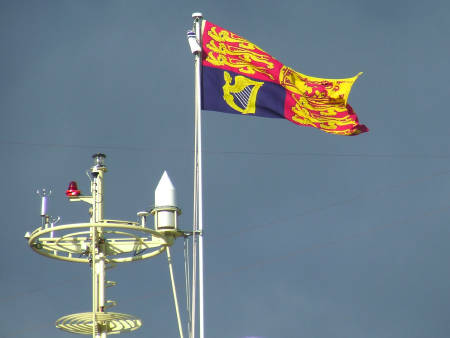 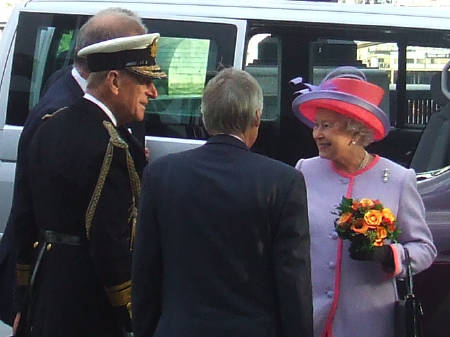 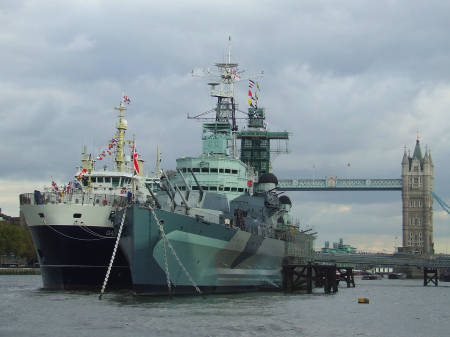 THV Galatea will remain alongside HMS Belfast until Sunday

The Queen spent an hour on board the THV Galatea, which was built in Gdansk, Poland.

The Duke of Edinburgh arrived 15 minutes before the Queen so that he could be in place to greet Her Majesty in his capacity as master of Trinity House, the organisation that maintain's Britain's lighthouses and other aids to navigation.

The Duke made a speech before the vessel was blessed by the Bishop of London. The Queen then named the ship and released the customary bottle of Champagne.

The royal couple toured the vessel before departing together.

The Thames Path was closed to pedestrians during the royal visit and extra security measures were in place around the More London estate and Southwark Crown Court.

A crowd of tourists and local office workers gathered to catch a glimpse of the royal visitors.

THV Galatea will be berthed alongside HMS Belfast until Sunday morning. Tower Bridge will be lifted at 9.45am to allow the Galatea to leave the Upper Pool.