Jail for man who assaulted teenager at Tate Modern

A 55-year-old Chiswick man has been jailed for two years after being found guilty of sexual assault of a 14-year-old girl and possession of indecent images of children. 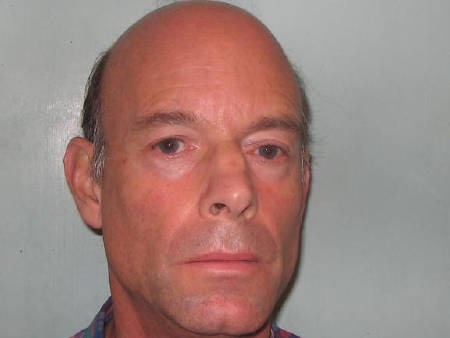 Unemployed Ian David Hunter was sentenced at Inner London Crown Court on Tuesday to 6 months imprisonment for sexual assault of a 14-year-old girl and 18 months imprisonment, to run consecutively, for 16 counts of possession of indecent images of children.

His conviction followed an investigation by police officers from Southwark Sapphire Unit.

Hunter pleaded guilty to sexual assault and 16 counts of possession of indecent images of children. Charges of grooming were ordered to lie on file.

On 31 October 2006 a group of three 14-year-old girls from a school in Hove, Sussex visited Tate Modern as part of a school trip. Whilst at the gallery, they were followed by a man – later identified as Hunter – whom they had recognised from a social networking website used by the group.

Hunter infiltrated the girls' online group by posing as a 26-year-old woman initially using the profile name of 'Popcorn Puppy', and later the names of 'Lawndog' and 'JL Seagull' – a children's author from Brighton. This allowed him to access messages between the girls and to post comments on their profile updates including photos of them, their friends and family. To gain acceptance by the group, Hunter attempted to use abbreviations and slang.

Having been accepted onto the girls social networking accounts, Hunter disclosed his true profile to the girls, declaring that he was indeed a man in fact in his fifties.

Most of the girls rejected Hunter at this stage, stating that they found his presence on the site inappropriate, but as not all had rejected him, he was still able to view their communications and access their messages. From continuing to access their messages, Hunter was able to obtain details of the forthcoming school trip.

Although Hunter had communicated with two of the girls in particular, he did not recognise either of them at Tate Modern but had instead approached one of their friends. He introduced himself and stating that he was 'not a pervert' but simply wanted friendship, whilst he sexually assaulted her by touching her back.

Realising that Hunter might have had more sinister motives the girls took photos of him with their mobile phones as well as alerting the attention of their school teachers and Tate security staff who spoke to Hunter and asked him to leave the gallery.

The matter was later reported to police and DS Trevor Gravell and PC Anna Rietig from the Southwark Sapphire Unit launched an investigation.

Hunter was arrested on 17 November 2006. The search of his room led to the seizure of a number of computers and other storage devices. Hunter was found to be in possession of 21,242 indecent images of children, including many movies. A Met Police spokesman says that a high proportion of these were of a horrific nature and of the most serious levels, 4 and 5.

Officers from the Met's Paedophile Unit based at New Scotland Yard, who assisted the investigation, say that some of the images were the worst they had seen.

The girls were able to provide detailed accounts of their communications with Hunter via their social networking page over the summer of 2006.

The investigation also revealed that Hunter had applied for caretaker positions at two London girls' schools, in addition to communicating with a registered sex offender who was serving a prison sentence at the time.

On 12 September Hunter appeared for trial at the Inner London Crown Court in Newington Causeway.

Counsel for the Crown made an application to the Judge for details of his possession of the indecent images to be disclosed to the jury as evidence of his bad character. This was to demonstrate that he was not just a lonely man trying to make friends, but was in fact a predatory paedophile who, in travelling to meet the girls, had gone one step further to fulfil his fantasies involving young girls.

The Judge ruled in favour of the Crown and Hunter subsequently pleaded guilty to sexual assault and 16 counts of possession of indecent images of children. The charges of grooming were ordered to lie on file.

Following Tuesday's sentencing, DI David Gray of Southwark Sapphire Unit said: "This is an insidious crime committed by a predatory male, and I am pleased that the hard work of both DS Gravell and PC Reitig has resulted in Hunter feeling compelled to enter a guilty plea as a direct result of the level of evidence gathered against him."