Ronald Falloon has been persuaded to stage an exhibition of his unique collection of Sixties photographs. 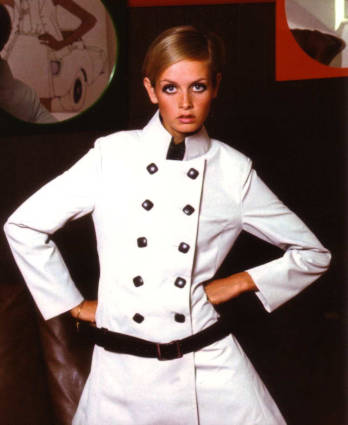 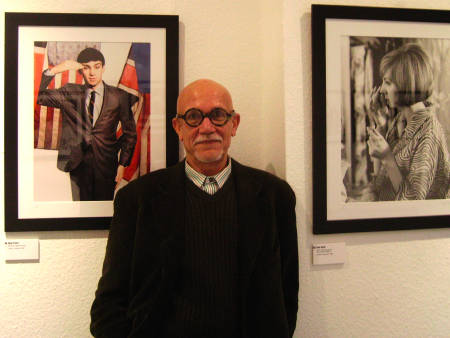 Nolia's Gallery in Great Suffolk Street is the venue for Ron Falloon's look back with his own photographs to the era of Biba. Indeed he lived, and still lives, in Kensington's Abingdon Road where the very first Biba shop opened. Many of the Biba dresses and suits seen in his pictures are now rare garments. Ron's view is that they were not made to last although the style had a huge impact.

The exhibition's background music is recordings from Biba's Rainbow Restaurant and includes Tiptoe Through the Tulips.

Ronald was a photographer just as the Fifties' style gave way to boutique influence. He shows a photograph of 19 year old Marianne Faithful in 1965 alongside her mother, who was a Baroness, and Norman Hartnell. Mother insisted that only Hartnell, the Queen's dressmaker, dressed her daughter. This was two years after Marianne Fathfull's hit As Tears Go By.

Other photographs shows Jean Shrimpton before she was famous and exclusive and a very young Cilla Black. We can also see Mary Quant in a William Morris print outfit, Twiggy in her Ladbroke Grove flat and George Harrison's wife Pattie Boyd in Newcastle.

The facinating contact sheets include shots of Twiggy and Maudie James swopping outfits.

But Ron's favourite venue is Paris where he went for a day to photograph Gene Pitney. The French capital was very familiar to Ron who, when training with John French, went at least four times a year to cover the collections. French took his young assistant Ronald to Helena Rubenstein's party where there was champagne in a fountain and caviar in a marble bowl.

Ronald Falloon's introduction to photography was in Cannes, where as a music student fed up with twelve hours practise a day, he was offered the photographer's job at the Carlton Hotel. His lack of experience did not show and led to him being an apprentice alongside David Bailey and Terence Donovan.

Notice of the exhibition has attracted some important interest but for the moment this show is a rare opportunity to see Ron Falloon's work which once introduced future stars and dominated the magazines. Prints and for sale and souvenir postcards available.