31-year-old Kenny Obire has been sentenced to nine years imprisonment for a rape committed five years ago. 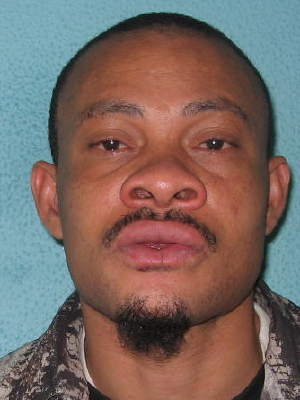 The court also recommended that he be deported after his sentence is complete.

Obire, of Peckham SE15, was found guilty of rape on 13 December 2007 at the Inner London Crown Court.

The court heard how on Saturday 8 July 2002 Obire began to talk to the victim, a 22-year-old French woman, as she was walking past his place of work in the Old Kent Road.

She was keen to practice her English and after talking for a while accepted an invitation to go with him to his flat.

Once at the flat she ate some food and after that Obire kissed her on the cheek without warning. She decided to leave but was prevented from doing so.

Obire barred her way and pursued her around the flat, eventually forcing her onto the bed. She was afraid and told him repeatedly to let her leave and asked him to leave her alone.

She returned to France and made her allegation to the prosecuting authorities on 18 July 2002. An item of clothing that she wore at the time of the rape was taken and submitted for analysis.

As a result of a DNA match Obire was identified.

Detectives in Southwark took over the investigation in August 2004.

Obire was arrested in October 2006. He denied rape and said he was a thief and a crack addict but not a rapist

He was charged in December 2006 and remanded in custody to appear at Tower Bridge Magistrates Court where pleaded not guilty.

"The victim in this case has shown remarkable strength of will," says DC Tim Court of Southwark Sapphire Unit.

"She suffered severe psychological trauma after the event and required treatment for a number of years. "During the course of the investigation, we were required to liaise with a number of outside agencies which made the case very complex. We were also obliged to travel a great deal to retrieve evidence.

"I am glad that we have been able to bring this man to court and see him imprisoned. The Metropolitan Police Service is determined to bring offenders to justice, no matter how long it takes."