British Transport Police have released a photo of a man wanted for questioning over an assault on an amateur photographer. 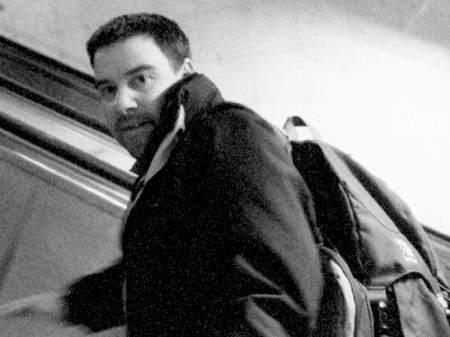 Police would like to identify the man in this photo

PC Ben Dawson said the incident occurred on the escalators leading to the main concourse at Waterloo mainline station at around 10.17pm on Wednesday 12 December.

"It would appear the victim, an amateur photographer, who enjoys taking snaps of London street scenes, was taking shots on the escalators when a member of the public took exception to having his photo taken and asked him to delete the photo.

"The photographer told him he could not delete the shot as it was not a digital camera. The man then attempted to grab the camera and punched the victim in the face. The victim suffered cuts and bruising to his face as a result of the incident.

"We have released this photo today, which was taken by the victim prior to the incident and we are appealing to members of the public to assist us in identifying the man pictured.

"The man is described as white, 34-38 years-old and about 5 ft 9 in tall. He was wearing a dark jacket and carrying a dark rucksack.