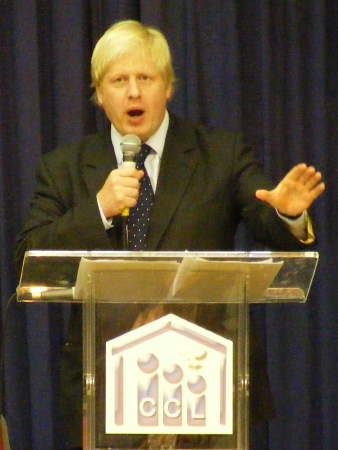 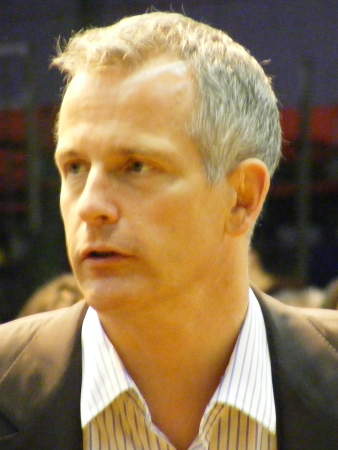 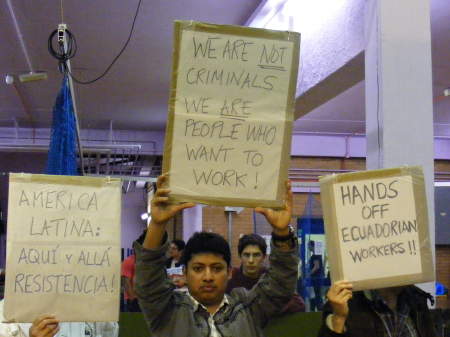 The meeting – which followed the weekly service of the Comunidad Cristiana de Londres in the sports hall at the rear of the Elephant & Castle Leisure Centre – was described by its organisers as the biggest ever political event organised by London's Latin American community.

The first speaker was Simon Hughes MP who received a warm welcome from the crowd.

He had a message to members of the community concerned about raids by the Home Office's UK Border Agency on Ecuadorian businesses at the Elephant & Castle Shopping Centre last Thursday where officers searched for undocumented workers and arrested a number of people.

"I will be in contact with the Home Office and I will do all I can to protect their interests and make sure that if there is a case for those people to stay here that that case is put effectively to the authorities in this country," said the North Southwark & Bermondsey MP.

In his speech Lib Dem mayoral candidate Brian Paddick suggested that the timing of the police raid at the Elephant was politically motivated: "Why, when the Latin American community have a political event in Tottenham is there a police event the next day and why, two days before this event, is there a police raid in this area?" he asked.

He added, to strong applause: "The authorities should realise that PaÃºl Fierro is an important leader in your community. He should not be locked up ... and should not be deported on Tuesday as they plan to do."

The meeting heard a suggestion for the creation of a 'Latin Quarter' as part of the Elephant & Castle regeneration process, along the line of Chinatown but with a greater emphasis on cultural interchange.

"I think that's a wonderful, splendid idea," said Boris Johnson. "I will look at your proposal and if we can make it work I think it will be a wonderful thing."

Brian Paddick cited the example of South Lambeth Road in his response. "It would not take much to turn this into a Latin quarter, a tourist attraction that would bring more money and more prosperity to the Latin American community," he said.