An artist creating a transatlantic 'tunnel' between New York and London has reached the riverside walkway outside City Hall. 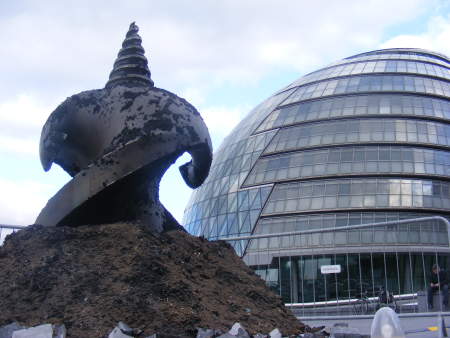 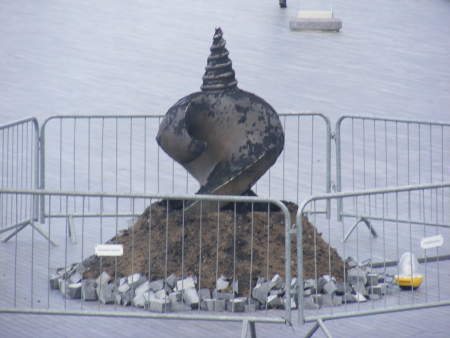 The 'tunnel' connecting Tower Bridge is part of an art project presented by the team which brought The Sultan's Elephant to London two years ago.

On Tuesday passers-by were intrigued by the rotating drill that had appeared next to The Scoop amphitheatre.

The Telectroscope is the creation of artist and inventor Paul St George who delights in confusing and mesmerising his audience.

The premise is that the artist plans to complete the ambitious engineering project started by his great grandfather Alexander Stanhope St George.

Once Paul St George's 'tunnel' from London to New York is completed each end will be fitted with a Telectroscope – an optical device also invented by his ancestor designed to magnify the view through the tunnel allowing people on one side of the Atlantic to see those people on the other side.

The Telectroscope will appear on the riverside near City Hall at More London Riverside from Friday 23 May to Sunday 15 June (admission £1) whilst the other end of the 'tunnel' will appear at the foot of the Brooklyn Bridge on the Brooklyn side of the East River.

The London end of Paul St George's tunnel is very close to the southern end of the real Tower Subway, a tunnel linking Tooley Street with the Tower of London now used to carry fibre-optic cables.