Spectator numbers are estimated to have been over 50,000 at the Nissan Qashqai Challenge mountain biking final in front of Tate Modern at the Bank Holiday weekend. 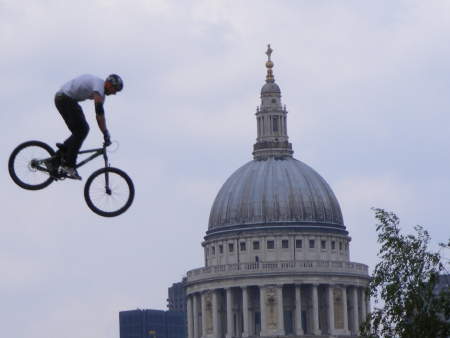 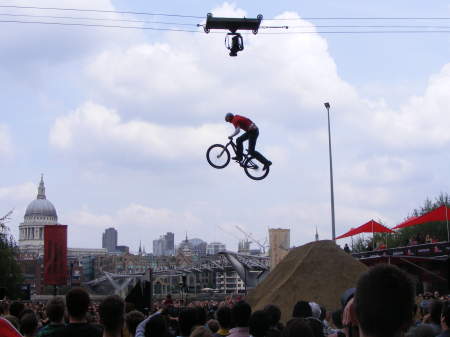 The winner was 22 year old British entrant Lance McDermott who performed spectacular tricks on the extreme course built alongside the Thames.

"This is probably the best day of my life. I crashed on the second run, so I couldn't go too crazy on the final run," said the world's top urban free-rider after his victory.

"I was so nervous, super nervous, but I managed to bring it back and get a result."