A woman in her early 20s is in a serious condition in hospital after a collision involving a coach on the New Kent Road near the Elephant & Castle. 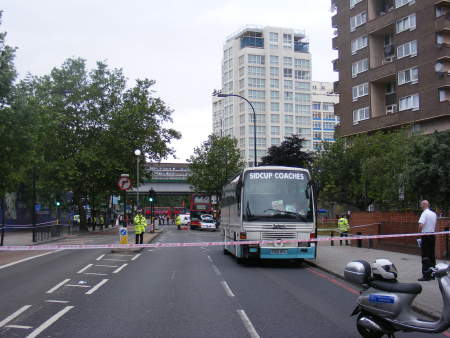 Police were called to the scene of the accident – near the junction of New Kent Road and Meadow Row – at 3pm on Friday.

The injured pedestrian was taken to a south London hospital suffering head injuries. She remains in a serious condition.

The road and pavement were sealed off and pedestrians were directed to walk on the grass in front of Albert Barnes House.

The coach passengers – who appeared to be schoolchildren – were transferred to another vehicle.

Police officers from the Collision Investigation Unit based at Catford are investigating. Anyone who witnessed the collision is asked to call the witness appeal line on 020 8285 1574.