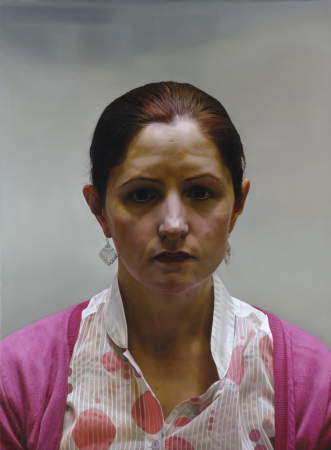 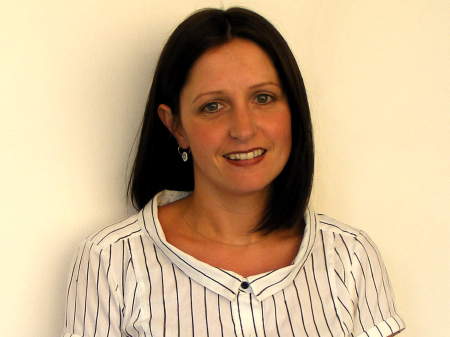 Artist Craig Wylie has won the BP Portrait Award with a large painting of his girlfriend Katie. The huge 2.1m x 1.6m oil on canvas portrait is being displayed directly inside the special exhibition's entrance at the National Portrait Gallery in Trafalgar Square.

The couple met, appropriately, at Modern Art Oxford where Craig Wylie was a guest in 2002 at the opening of a Tracey Emin show.

The painting 'K by Craig Wylie' is Craig's third attempt at this portrait of his girlfriend and although it has appeared in many newspapers there is little chance of Katie being easily recognised whilst walking along Bankside.

In the painting, Katie looks grim although anyone meeting her at the Tate will find that she appears very happy and full of energy. Her friends have been at first shocked and disturbed by the picture.

The explanation is that the painting is based on a maybe fleeting expression captured in a photograph taken on a Saturday morning at Craig's studio. Katie had just arrived with "pancakes cooked in the correct way" following a mild dispute about how to cook them. Lake District-born Katie thought she knew better than Zimbabwe-born Craig.

Craig held to that moment for the portrait despite Katie being easily available for several sittings. "On one level the viewer's intrusion into the sitter's emotional state is tacitly accepted," he says. "On another it is positively rebuffed."

Katie thinks the end result is probably more like her than the actual photgraph. "There are definately elements of who I am," she observes. "He has really captured me."

The artist, who in 2006 had a very large self-portrait accepted in the annual competition, did not know that this year he was to the the winner until, with Katie at his side, he heard the announcement made at the gallery. He wins Ł25,000 and a commission from the National Portrait Gallery worth Ł4,000 to paint a famous person.

Meanwhile Katie is still getting used to seeing herself in papers and magazines.