Hundreds of hauliers drove their lorries along Albert Embankment and Lambeth Palace Road on Wednesday as part of a protest about the price of fuel. 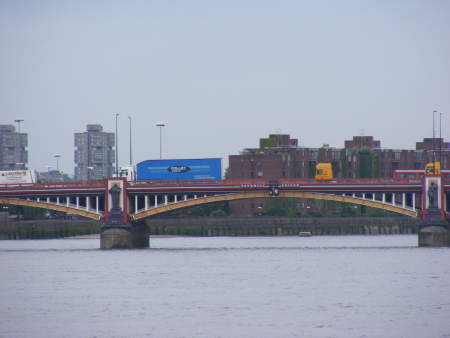 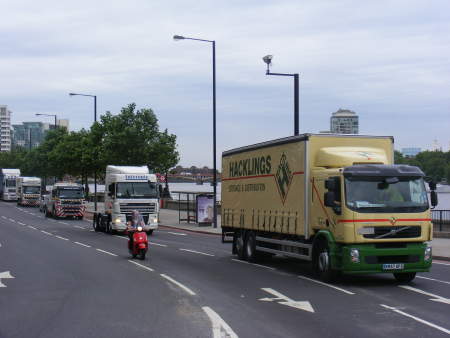 One of the convoys on Albert Embankment

The protest included members of the Road Haulage Association, the lobby group TransAction 2007, the Transport Association and other industry bodies make their voice heard.

Trucks from all parts of the country made their way to the M40 Westway where they were divided into groups of 20 by the Metropolitan Police.

The lorries came to Lambeth via Vauxhall Bridge before heading north via Albert Embankment and Lambeth Palace Road then crossing the river to pass the Palace of Westminster.

The trucks carried posters with the slogan: "Without trucks you get NOTHING!"

"I am absolutely delighted that so many sections of the UK transport industry have united in such a positive way," says Andy Boyle, national chair of the Road Haulage Association.

"If ever there was positive proof that ours is an industry in crisis then this surely must be it.

"The harsh reality is that the price of fuel is now forcing many hauliers out of business. For many, Wednesday will represent a last ditch attempt at making their voice heard."