The British Transport Police have released an image of a man out on a sightseeing day in an attempt to reunite the victim of a theft with his camera. 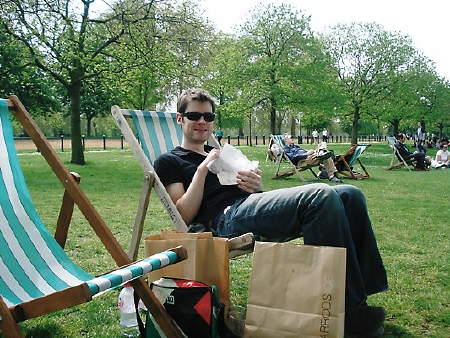 A photo retrieved from a stolen camera. British Transport Police are eager to reunite the owner of the camera with his belongings.

The image is among several retrieved from a camera found during an investigation into a separate robbery of a mobile phone at Waterloo Station on Wednesday 11 June.

Detective Constable Michael Stephenson said there was every chance the man posing in the pictures may have been a tourist.

"We're hopeful that someone may recognise the man pictured. It would seem from the photos recovered that he was sightseeing in London. He could be from overseas, or perhaps was from somewhere else in the UK on a day out in London.

"We would really like to trace the owner of the camera and reunite him with his belongings. Maybe he was staying with friends in London and someone can identify him."