Police have launched a murder investigation following the discovery of a woman's body in a Bermondsey Street sandwich bar. 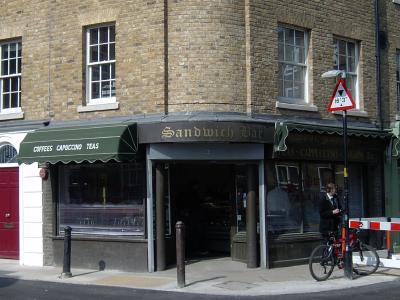 Officers were called at approximately 10.40pm on Monday to Goode Foods in Bermondsey Street after a delivery man found the body of a woman, aged in her 50s, inside the shop.

An ambulance was called and the woman was pronounced dead at the scene.

A post-mortem was held on Tuesday at Greenwich Mortuary and gave cause of death as blunt trauma to the head and upper body.

Detectives believe that they know the identity of the deceased, but await formal identification and confirmation that next of kin have been informed.

Officers from the Homicide and Serious Crime Command are investigating.

A man was arrested at approx 6am on Wednesday at an address in south east London on suspicion of murder. He is currently in custody at a south London police station.