Pupils from Tower Bridge Primary School joined Boris Johnson, Lord Coe and Tessa Jowell in Potters Fields Park on Friday for a ceremony to mark London taking on the role of host city for the 2012 Olympic and Paralympic Games. 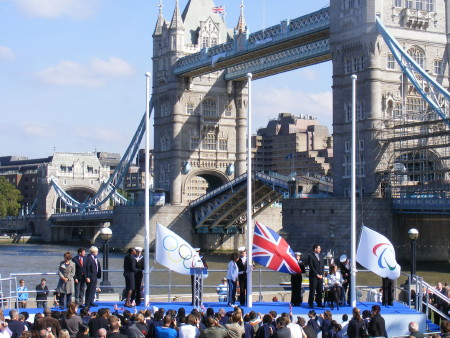 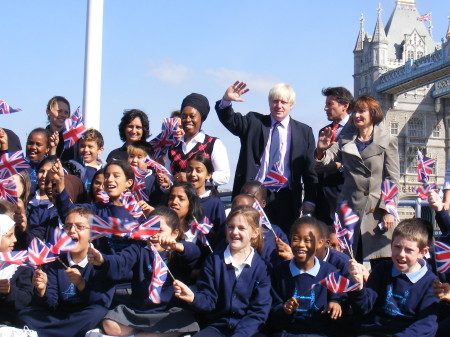 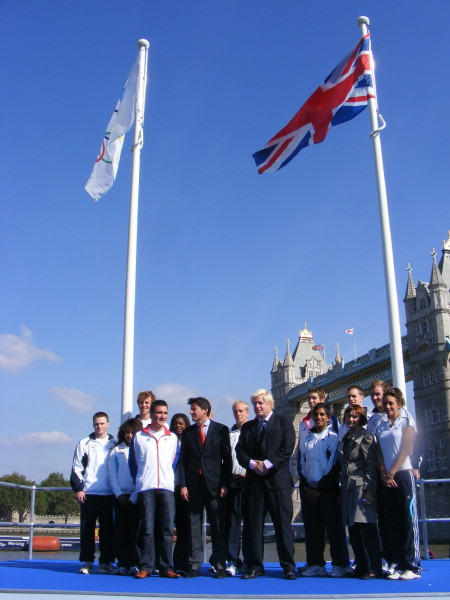 The flags were raised on temporary flagpoles erected in Potters Fields Park specially for the occasion. The flags will be transferred to the permanent flagpoles next to City Hall where they will be flown until 2012.

The national anthem was played as the flags were hoisted into position and Tower Bridge was lifted as banners carrying the London 2012 logo were unfurled from the upper walkway.

The Mayor of London, Lord Coe and Olympics minister Tessa Jowell spoke at the event, which was attended by veterans from the 1948 London Olympic games, 2012 hopefuls, children from the nearby Tower Bridge Primary School, London Assembly members, and other VIPs including Mayor of Southwark Cllr Eliza Mann and London sports commissioner Kate Hoey MP.

"Raising the flags together at City Hall marks a historic moment for London, following the return of all our athletes who performed so brilliantly at the Beijing Games," says Boris Johnson.

"The flags signal our dedication and commitment to ensuring that the London Games in 2012 will be a sporting feast open to everyone."