A laser recreation of the old Blackfriars Railway Bridge and sounds of the seaside on the Millennium Bridge are two of the highlights of DRIFT 08 which launched last week. 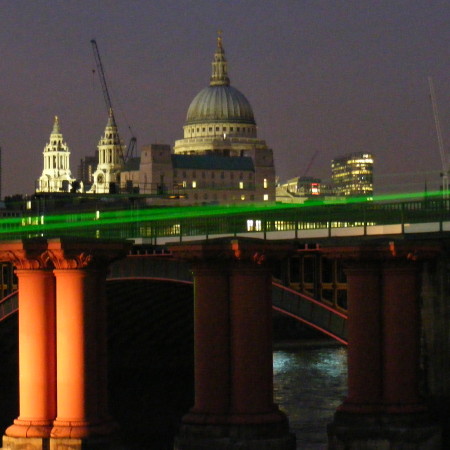 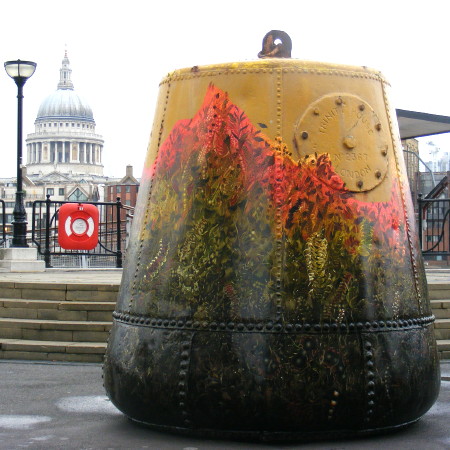 Feast of Skulls by Andy Harper next to Bankside Pier

Southwark-based Illuminate Productions hope that DRIFT will become an annual event covering more of the Thames and eventually running up the Lea Valley by Olympic year 2012.

"It's about making art accessible to all – that's all age groups and whether you know a lot about art or not – and choosing artworks that everyone can experience and enjoy without having to have a degree to understand.

"By using the river we're using one of the most famous waterways in the world and we're bringing art straight out to the people so that they can experience it in their daily lives."

Illuminate's previous projects have included two shows at Union Works in Bankside and Jones has a clear affinity to the area. Having lived in Southwark for 15 years she says she appreciates the mix of long-term residents, newcomers and tourists which makes the area what it is.

Bowler says he was strolling along the foreshore at Bankside looking for inspiration when he looked up at the columns of the 1864 bridge and saw the potential to recreate the bridge with light.

A search of archives at the Guildhall and Museum of London followed, but it was a chance find of a print of the original bridge on sale at Spitalfields Market that helped him design his contribution to DRIFT 08.

German artist Mariele Neudecker's Much was decided before you were born (2) will confuse and disorientate tourists and commuters crossing the Millennium Bridge by subjecting them to a burst of sounds from the seaside with crashing waves, seagulls and children playing on the beach. The hour-long loop of audio was recorded in Devon and Cornwall.

Andy Harper's Feast of Skulls is a Trinity House buoy decorated with weird and wonderful plant-like forms which has been deposited on the riverside walkway next to Bankside Pier.

There are floating installations too – look out for Saved from Drowning by US artist Margaret Evangeline opposite Tate Modern and Elizabeth Russell's Migration near HMS Belfast.