A plan for a floating vegetable garden on the Thames has been announced by the London Food Champion Rosie Boycott. 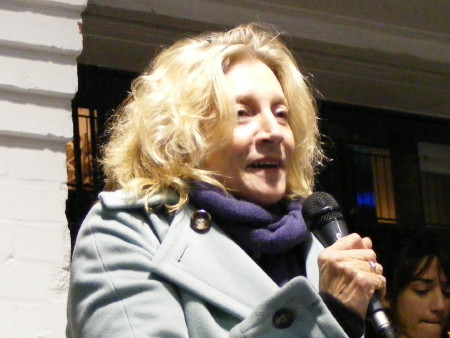 Food champion Rosie Boycott speaking at the Bargehouse on Thursday 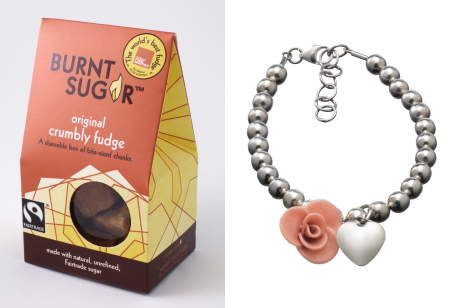 Items for sale at the Ethical Christmas Emporium

The London Mayor-appointed champion was speaking at the opening of the Ethical Christmas Emporium at Oxo Tower Wharf's Bargehouse on Thursday.

"We have a boat on the Thames on which we are going to have a vegetable garden and which will go up and down the river. This will make people think about the city in a different way," she told guests.

"Not only is food going to run out, food is also the cause of great social injustice in the world" said Rosie Boycott who stressed her target of 2,012 new growing spaces in London by 2012.

The four-day Emporium was opened by Sophi Tranchell, managing director of SE1-based Divine Chocolate, who it said this was a good event for Social Enterprise Day as many of the stalls selling ethically produced products including clothing and jewellery represented social enterprises.

"London is the biggest Fairtrade city in the world," she declared. "Twenty boroughs out of thirty-three have obtained Fairtrade status."

The event is sponsored by Tate & Lyle whose head of marketing Julia Clark announced that the famous sugar company had already sent £2 million back to Belize to fund education during its first nine months of Fairtrade status.

Andrew Kershman, speaking at the Metro Publications stall where he was promoting a new edition of his London Market Guide, strongly recommended Lower Marsh Market and its greengrocer stall outside Crockatt & Powell.

During the evening the Coin Street Community Youth Choir sang Silent Night which was heard live in Ghana where school children at a co-operative were watching the opening ceremony.

• The Ethical Christmas Emporium is open until Sunday 23 November; admission £1.

• As part of Social Enterprise Day minister for the third sector Kevin Brennan paid a visit to Southbank Mosaics, a community interest company (CIC) based in the crypt of St John's Waterloo. "Social Enterprise Day has been tiring but tremendous fun. At Southbank Mosaics I have seen how the homeless and those who have been in prison can re-engage with society through a social enterprise that creates amazing public artworks."