20 people took part in a demonstration organised by a Hoxton art gallery outside the Bankside home of Carol Thatcher calling on the broadcaster to apologise for her controversial use of the word 'golliwog'. 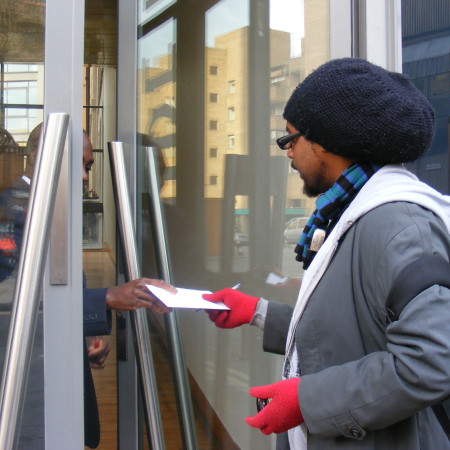 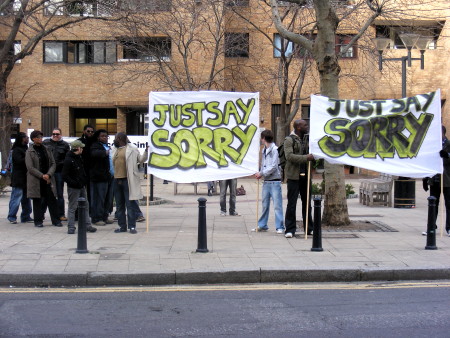 About 20 people joined the demonstration at Falcon Point Piazza

Ms Thatcher was dropped from her role as roving reporter for the BBC's One Show after her widely reported off-air comments about a black tennis player in the programme's green room last month.

The protest in Hopton Street on Monday afternoon was arranged by the Behind the Shutters gallery in Hoxton and its owner Garfield Hackett.

He rang the doorbell at Carol Thatcher's apartment block. Told that she was unavailable, he wrote a message calling on her to apologise for using the "highly offensive" term golliwog.

"We cannot afford for it to get into everyday parlance," said Mr Hackett.

At the time the row first erupted Ms Thatcher's spokesman issued a statement which said: "Carol Thatcher does not condone any racist comments. It was a private remark, said in jest, and she regrets any inconvenience caused."

A passing cyclist claimed to have seen Ms Thatcher leave the building via a side exit.

Asked whether the protest was artistic or political in its intent, Mr Hackett replied: "You can't separate art and politics".