Police are appealing for information after a female cyclist in her thirties died in a road traffic collision at Elephant & Castle on Wednesday. 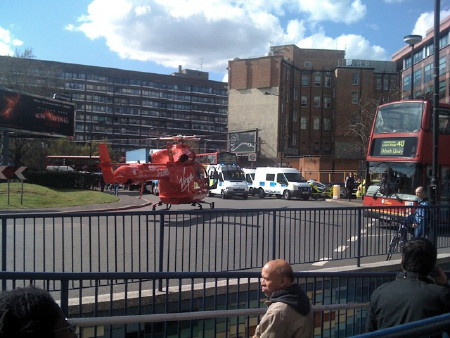 The collision between the cyclist and a lorry happened just after 3pm on Wednesday outside the entrance to the Bakerloo line tube station where London Road meets the Elephant & Castle northern roundabout.

The London air ambulance landed at the roundabout but the woman was pronounced dead at the scene.

Anyone with information at this early stage should call Crimestoppers 0800 555 111.

Road closures in the area have led to severe traffic congestion and delays to bus services.

At 4.15pm police were advising motorists to avoid the area for the rest of the afternoon.

• This story was updated at 1pm on Thursday following confirmation that the victim was a cyclist rather than a pedestrian as initial police reports claimed.