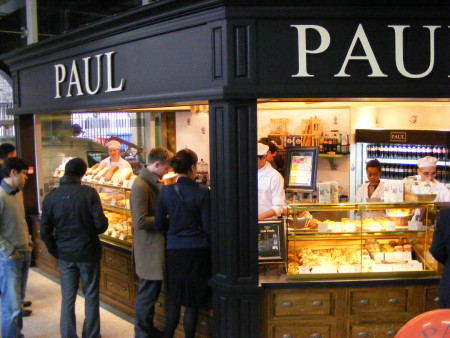 The new shop is in the Waterloo Station entrance next to Starbucks and McDonalds.

There are a small number of tables in the shop but a tearoom at the side will open next week when the furniture arrives from France.

There are plans to open seven days a week from 6.30am to late but a final decision on hours will depend on customer demand.

It will be a well-stocked branch as the main Paul bakery is under the station concourse on nearby Mepham Street. The first loaves to be sold were still warm.

Paul opened in the town of Croix, near Lille in Northern France, in 1889 and arrived in London's Covent Garden in 2000. There are now 22 branches in the capital.

Paul has a small kiosk at London Bridge Station but at Waterloo it has been anxious to wait until a shop unit with a street frontage became available.