A man was arrested on Saturday night in connection with the murder of a teenager in Kennington. The victim was found fatally wounded in a car in Waterloo's Baylis Road in the early hours of the morning. 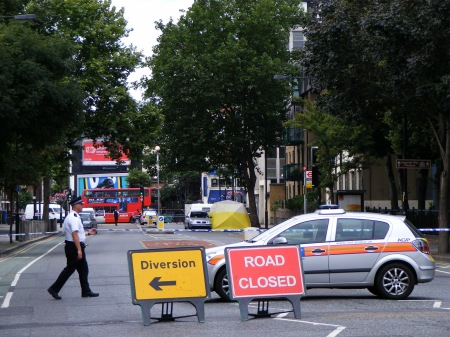 Just after 5am on Saturday 1 August police officers stopped three cars seen running a red traffic light in Baylis Road in Waterloo. In one of the vehicles officers found a man who had been stabbed.

The air ambulance was called to the scene but the man, believed to be aged 19, was pronounced dead at the scene.

A post-mortem gave the cause of death as stab injuries. The victim's name has not yet been released.

An incident room has been set up by detectives from the Homicide and Serious Crime Command.

At this early stage detectives believe that the incident took place outside the Club Life nightclub in Goding Street, SE11, approximately a mile from Baylis Road.

At around the same time as the first victim was discovered, a second man – also believed to be aged 19 – was discovered in Goding Street. He man was taken to a south London hospital where he was treated and discharged.

Detectives are appealing for anyone who was in the Goding Street area at around 5am on Saturday and may have witnessed the incident to come forward.

At present anyone with information is urged to call Crimestoppers on 0800 555 111.
[h4]
Sunday update: A second man was arrested in the early hours of Sunday morning.

The victim has been named as Carl Beatson Asiedu of Norbury.