Several streets around Blackfriars Road remained sealed off on Wednesday evening after a man with a gun fired at police officers close to the restaurants in Isabella Street. 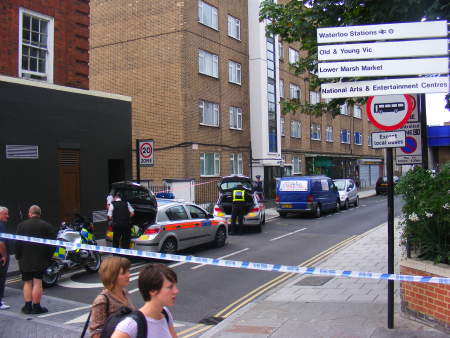 The gunman abandoned his bicycle near Benson House on Hatfields 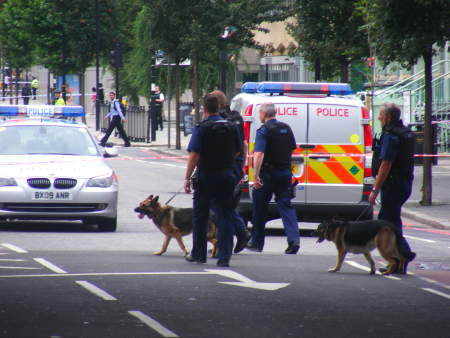 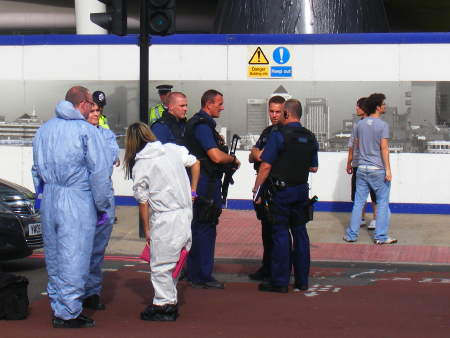 At about 3pm on Wednesday two uniformed officers from Lambeth Police were on patrol in a marked vehicle when they approached a mixed race man on a bicycle in Hatfields.

The man dropped the bicycle outside Benson House and ran off towards Isabella Street.

The officers gave chase on foot, the man fired more than one shot at the officers and continued running towards Blackfriars Road.

Officers from Operation Trident are at the scene. Local officers are conducting "reassurance patrols".

Blackfriars Road was sealed off after the incident. Road closures were later extended to include Joan Street, the southern end of Hatfields, Gambia Street, Dolben Street and part of Great Suffolk Street between Union Street and Lavington Street.

Armed police officers with dogs were seen in Union Street during the afternoon as they tried to find the gunman.

Neither the suspect or his weapon has been found.

Inspector Malcolm Noone says it's a "fast-moving and changing" investigation with "a number of lines of inquiry".

He added: "To the best of our knowledge there are no other persons involved at this time."

Anyone with information is urged to contact 999 or Crimestoppers.