Police officers handed out leaflets outside Southwark Underground Station on Thursday afternoon to appeal for witnesses 24 hours after shots were fired in nearby Isabella Street. 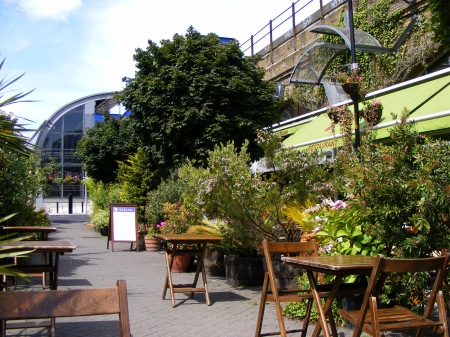 At about 3pm on Wednesday uniformed officers from Lambeth Police were on patrol in a marked vehicle when they approached a mixed-race man on a bicycle in Hatfields.

The 21-year old man was wanted in connection with an assault and aggravated burglary in the borough of Lambeth. The man dropped the bicycle outside Benson House and ran off towards Isabella Street.

The officers gave chase on foot, but the man fired more than one shot at them and continued running towards Blackfriars Road.

Both officers were taken by London Ambulance Service to a south London hospital. One was treated for a minor leg wound sustained during the incident. The Met has now confirmed that this was not a gunshot wound. The second officer was treated for shock.

Detectives from Trident are investigating and inquiries are underway to trace the suspect.

"This was a serious incident we are working closely with our colleagues in Trident to arrest the person or persons involved," says Supt Dave Musker.

"I want to reassure the local community that this is an isolated incident. I have personally visited the officers involved and they remain as committed to serving the community of Lambeth as before."

At the time of writing a police cordon remains in place in Dolben Street across the vehicle entrance to Network Rail's offices at James Forbes House.