About 100 cyclists converged on the South Bank by Waterloo Bridge on Wednesday lunchtime as part of a series of six 'swoops' on London locations ahead of the Climate Camp. 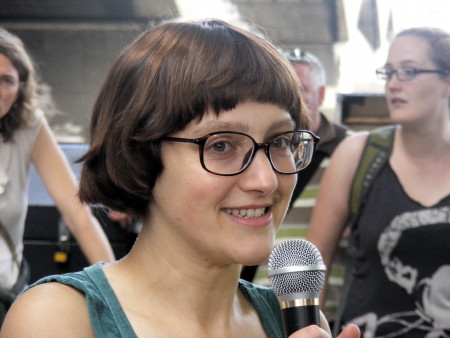 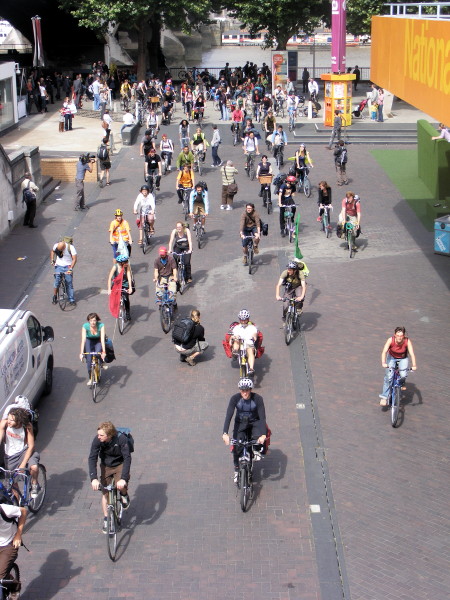 Participants in the 'Shell Swoop' set off along Theatre Avenue 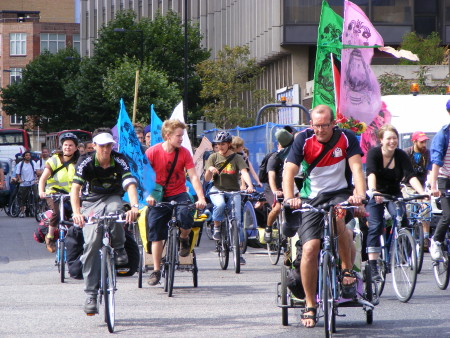 The gathering, not dissimilar to the monthly Critical Mass cycle rides which start at the same location, was held on the South Bank due to its proximity to the Shell Centre.

The cyclists added banners to their bicycles before heading off along Theatre Avenue between BFI Southbank and the National Theatre, past the BFI IMAX and east along Stamford Street and Southwark Street.

Participants were handed leaflet giving advice on how to behave in case of arrest or other contact with the authorities.

One activist addressed the crowd to explain why the Shell Centre had been selected as one of the swoop points, and hinted of further action on the South Bank during the week of the Climate Camp.