Pop Life: Art in a Material World at Tate Modern 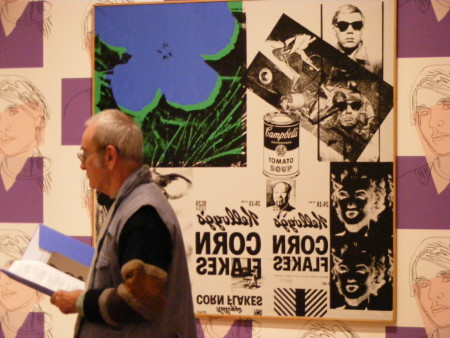 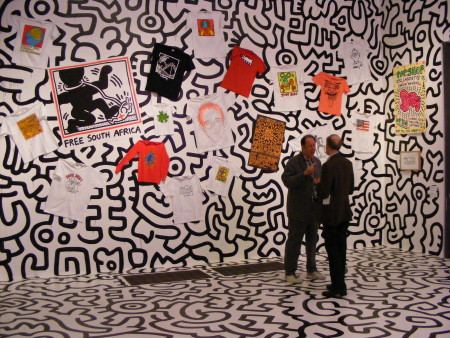 "Be aware that some works in this exhibition are of a challenging and sexual nature. Admission to three of the rooms is restricted to over 18s" warns a notice outside Pop Life: Art in a Material World.

The first room gives little clue of what is to come by welcoming the visitor with a fast moving film of Macy's Thanksgiving Day parade in New York featuring with an outsized Ronald McDonald and Jeff Koons' giant Rabbit balloon.

These exhibits break all Tate Modern records and are far more surprising, or even shocking, than the hour long unedited video of Andrea Fraser 'enjoying' sex in a hotel room with an "heterosexual and unmarried" man.

It is difficult to walk round the exhibition for all the warning notices about sexually explicit rooms. But most disturbing is probably Maurizio Cattelan's dead horse speared with a placard.

Unusually for such an exhibition, Andy Warhol has only been allowed one Campbell's soup and Kellogg's cornflakes print. Damien Hirst's Aurothioglucose 2008 reflects the familiar Tate to Tate ferry livery.

Preserved behind glass along with many American publications from the Andy Warhol Museum at Pittsburgh is a 1986 copy of the New Musical Express produced in Meymott Street on the site now occupied by the sports pitches.