A series of timber archways over White Hart Dock were inaugurated on Saturday as part of a programme to highlight its existence. 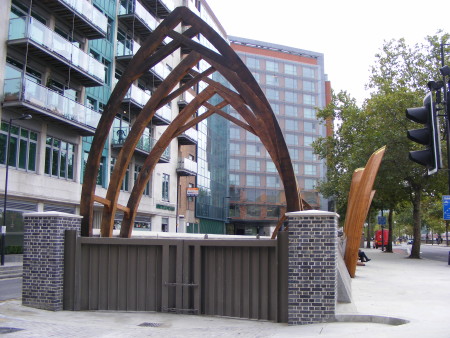 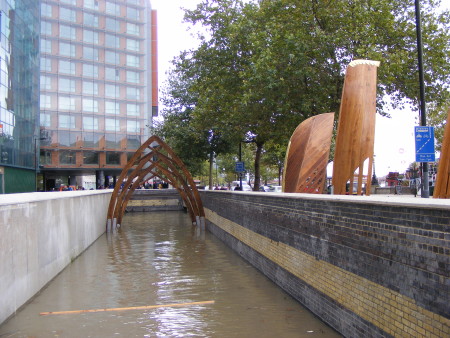 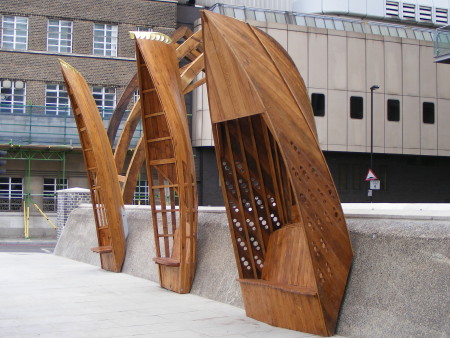 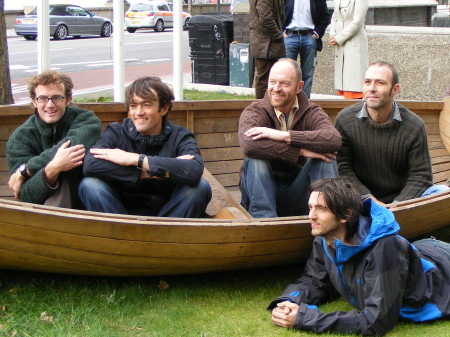 White Hart Dock is a draw dock running parallel to the Albert Embankment. Once Black Prince Road ran directly into a draw dock but when the embankment was built in 1869 the dock was turned round to face south with boats having to pass at an angle under the main road at low tide.

High walls mean that many people are unaware of the dock which is a successor to the landing stairs seen on old maps and can be traced back at least 670 years. A low wall at the south end now allows a direct view.

In addition to the new oak arches over the water there are three new wooden sculptures in the form of standing boats providing sheltered seating along the pavement wall.

The Ł90,000 installation has been designed and made by Handspring Design in Sheffield. The company was responsible for the wooden apple shelter recently installed upstream at Kew Gardens.

Cllr Rachel Heywood, Lambeth cabinet member for culture and communities, said: "Today is the first time I have actually seen the dock and noticed that there is water behind the walls. I must have walked past a hundred times."

She described the occasion as a special one which the late Alfie Howard, Lambeth's long-serving town crier, would have enjoyed since he displayed such pride in Lambeth's heritage.

Gesturing towards the sculptures, she added: "It will become a landmark which gives a clue to those unfortunates standing on the other side of the river who suddenly realise what a brilliant and buzzing and ever-changing mass of culture and creativity this borough of ours is."

There are plans for planting reedbeds in the dock and mooring a rowing boat made by Handspring. At present the vessel entry from the Thames is blocked by the 75 year old Dutch barge English Maid (aka Tamesis Dock) which has been moored for some years on the Albert Embankment.

It is six years since the gates at the dock's inland end on Black Prince Road were opened. They remained closed during the recent installation for fear of flooding during spring tides.

Among those present to support the highlighting of the forgotten dock were lead council officer George Wright who liaised with the Port of London Authority, historian Brian Bloice who claimed that the dock could be used by anyone with a boat living in Lambeth, and Princes Ward councillors Steve Morgan, Lorna Campbell and Mark Harrison.

The Jamie Moore Trio played during the outdoor reception with refreshments provided by Park Plaza Riverbank.

The artwork has been funded by a section 106 agreement relating to the adjacent Berkeley Homes development.