Fiona Shaw was confronted by ten portraits of herself after modelling for the Morley Sculpture Society. 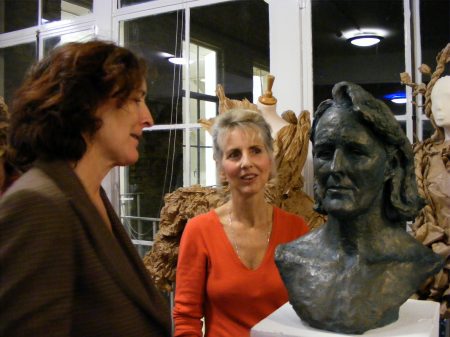 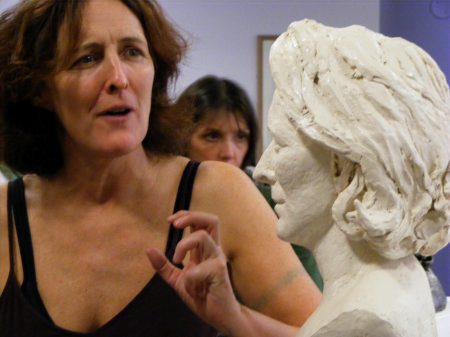 The head and shoulder portraits in clay form this year's Sculpture Portrait Exhibition in the Morley College foyer.

"I have sat twice in my life," Fiona Shaw told the student sculptors. "Once as a child when I was six and there is at my parents' house a small head with a pony take and buck teeth. So something has changed.

"I had a very active time watching your heads and seeing the amazing variation of outcome. I do see that art is finally dialogue between sitter and artist because there is much of all of you in these heads as much as me."

The winner was Corinne Zak. The second prize went to Hortense Marandet.

The judges were Etienne Millner and Robert Hunt from the Society of Portrait Sculptors with Morley's head of visual arts Kathy McLauchlan who announced the verdict at the exhibition opening on Monday evening.

Earlier, as the result was awaited, Etienne Millner shared his assessment of each work. He described Corinne Zak's winning head as showing "great skill" and praised the hair as "good".

Fiona Shaw sat for the artists between rehearsals for the title role in Brecht's Mother Courage and Her Children now at the National Theatre.

The exhibition continues weekdays until Friday 6 November; 9am -5pm in October and 9am-9pm in November.