Exactly a century ago Bermondsey was in the news both at home and across the Empire for a 'suffragette outrage'. 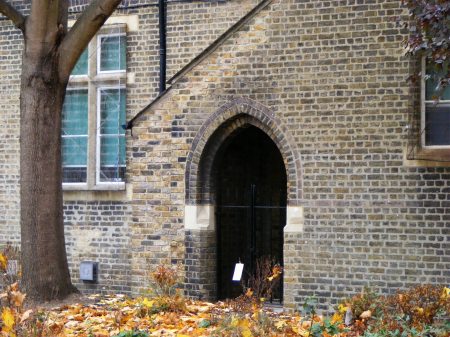 A Parliamentary by-election had been called for Thursday 28 October 1909 following the death of the Liberal MP George Joseph.

Conservative John Dumphreys won and became one of the shortest serving MPs as he lost the seat in the General Election the following January. His victory was partly due to his claim to have worked in Bermondsey as a leather shaver and to the very large number of carriages and new motor cars his party had out on the day for taking voters to the polling stations.

But it was not only the erosion of the Liberal government's big majority that made the by-election news in such papers as The New York Times but an incident at Boutcher School in Grange Road.

At 11am Alice Chapin, a 45 year old supporter of votes for women living in the West End, entered the polling station at the school. She broke a glass test tube on the ballot box and at that moment the presiding officer George Thorley felt the liquid on his face.

The chemical splashed one of Mr Thorley's eyes. Although examined at once by a doctor who happened to be present it was the view a month later of Guy's opthalmic surgeon Arthur Ormond that there might be a slight permanent haze to Mr Thorley's sight.

However, the victim believed that the injury to him was "purely accidental". Although his clothing was burnt he maintained that Mrs Chapin did not intend to hurt him.

"The first thing I did on receiving the splash was to go to a cupboard in the polling-room where there was some ammonia, used for chemical experiments in the school, intending to apply it to my burns. One of the polling clerks tried to dilute it for me, but I found his solution was too strong to use."

The 83 ballot papers in the box were later found to be damaged but all decipherable.

The Times reported that the 'suffragists' had "struck out a new form of annoyance" which was "childish malice characteristic of suffragette methods".

At the Old Bailey the following month Mrs Chapin was found guilty of interfering with the ballot box and sentenced to three months imprisonment. In addition she was found guilty of a common assault for which she received four months to run concurrently.

Also sentenced in the same court was Alison Neilans who tried to pour fluid into the ballot box at the Long Lane polling station. There were no injuries but two papers were rendered undecipherable and Miss Neilans was sentenced to three months in Holloway Prison along with her fellow conspirator.

Both women were members of the Women's Freedom League (WFL) which was a breakaway from the Women's Social & Political Union (WSPU).

The protest in Bermondsey was a direct response to the refusal of Prime Minister Herbert Asquith to receive a WFL deputation. Days later the League launched The Vote newspaper which declared: "We shall make a protest where our right is denied – in the polling booth where women ought to be voting."

At the time the WFL had not renounced violent and illegal protest. That change of policy was to come just three months later as the two women were released from jail.