Better Bankside members were present at Southwark Cathedral for the lighting of the Christmas tree. 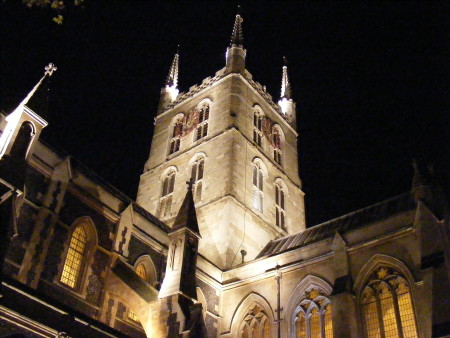 Due to bad weather on Wednesday the entire ceremony took place inside the cathedral. Children carried symbolic lights from the altar to the tree in the sanctuary. The outdoor tree was lit later.

Advent carols were sung by the Merbecke Choir. Afterwards the Dixie Ticklers jazz band played during the mince pie and mulled wine reception. The event was sponsored by Better Bankside and South Hook Gas.

The tree lighting marked the launch of Better Bankside's annual Bring a Better Christmas Campaign which distributes gifts to vulnerable people in Bankside.

• The neighbouring Team London Bridge business improvement district is running a similar Community Christmas campaign; gifts can be dropped off at a number of locations including Southwark Council's offices at 160 Tooley Street.