Blackfriars Road drug and alcohol team to be reorganised

The number of clients visiting the Community Drug & Alcohol Team in Blackfriars Road could drop under a proposed reorganisation. 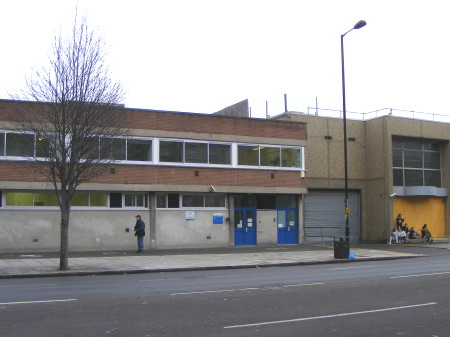 The forecast was made by Dame Donna Kinnair, NHS Southwark director of nursing & commissioning, during a public meeting on Tuesday evening.

The meeting at Bankside House in Sumner Street was part of a consultation on the restructuring of drug and alcohol services in Southwark.

NHS Southwark says that the restructuring has been prompted by Government funding cuts and difficulties in finding local premises.

Identifying six possible options, Dame Donna said that the preferred option was to locate all South London & Maudsley NHS Foundation Trust specialist staff at Blackfriars Road with the Integrated Offender Management Service being based at Marina House in Camberwell.

Dame Donna added that a 2008 study showed that the number of offences committed by substance misusers almost halved after treatment had been started.

"Every pound spent on treatment is equivalent to Ł9.50 in benefits to the community."

Mark Allen, South London & Maudsley's director of specialist services, stressed that some of this work benefitting the community was carried out at the Blackfriars Road unit near St Georges's Circus.

More than 27 per cent of clients visiting CDAT's Blackfriars Road premises live in the SE1 area. A further 46 per cent of users are SE16 and SE17 residents.

According to the study by York University the community benfits included uncommitted crimes.

Only two members of the public attended the consultation meeting.

However, in response to questioning, Dame Donna and her colleagues insisted that there was an ongoing dialogue with residents of Peabody Square and the Safer Neighbourhoods Team about reports of anti-social behaviour outside the Blackfriars Road building.

"We recognise that any form of service change generates concerns amongst service users and also with the wider community," writes Dame Donna in the foreword to the consultation document. "For this reason we are committed to addressing these through open and meaningful engagement with all those affected."

The consultation runs until Friday 15 January. NHS Southwark is due make a final decision based on the options during 2010.