A male cyclist was killed in a collision with a truck on Tuesday morning at the corner of Tower Bridge Road and Druid Street. 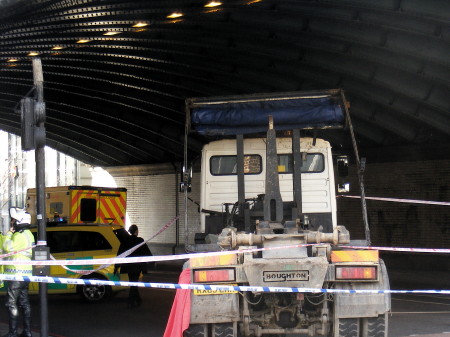 Police were called at about 9.30am to reports of a collision between a lorry and a cyclist.

A male cyclist was pronounced dead at the scene.

The driver of the truck, operated by Ron Smith Recycling of Feltham, stopped at the scene.

The incident is being investigated by officers from Southwark Police and the Met's collision investigation unit.

Tower Bridge Road was sealed off at the junction with Druid Street and traffic was diverted.

Due to the roadworks in Borough High Street buses which normally use Tower Bridge Road were rerouted via Southwark Bridge Road.