Two ticket tout companies run by Terry Shepherd - including The Online Ticket Exchange in Borough High Street - have been wound up in the High Court following an investigation by the Insolvency Service. 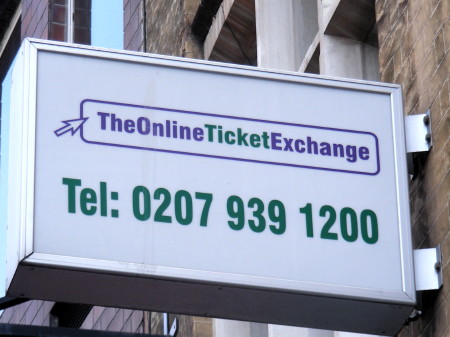 The Insolvency Service says that Ticketmate was heavily inter-linked to the other company.

In winding up the companies the court commented that the companies were effectively run by Terry Shepherd, a disqualified director, and were a repetitious operation of his previous companies which had failed with a combined deficiency to their creditors of Ł7,395,547.

The court noted that the firms had failed to supply many of the tickets it sold and had made "gross misrepresentations" as to their ability to supply tickets and their trading history.

Terence Shepherd was also linked to the Xclusive ticket companies formerly based in Blackfriars Road which were the subject of a Serious Fraud Office investigation.

The SFO website carries updates on its investigation into Xlcusive.