Police are appealing for witnesses to a fatal road traffic collision at the junction of Weston Street and Snowsfields on Tuesday morning. 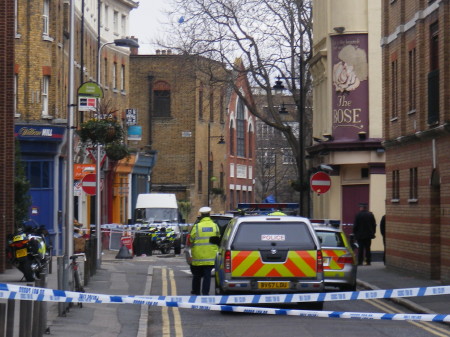 Police were called at about 9.50am on Tuesday to reports of a tipper lorry in collision with a pedal cyclist.

The cyclist was pronounced dead at the scene. Officers believe that they know the identity of the dead man who was 21 years old. He has not yet been formally identified.

A post mortem examination will be held at Greenwich Public Mortuary. An inquest will open in due course.

A man in his 30s was arrested at the scene. He has been bailed to return pending further investigation.

The incident is being investigated by the collision investigation unit at Catford Traffic Garage.
Anyone who witnessed the collision is asked to contact the unit on 020 8285 1574 or Crimestoppers on 0800 555 111 to remain anonymous.

"This shows how important it is to reduce road danger for cyclists," says Mike Cavenett of the London Cycling Campaign.

"There are some good measures in the action plan, but no timetable for implementation. Every day the measures are delayed puts lives at risk."