Two injured in ‘disturbance’ on board train at London Bridge 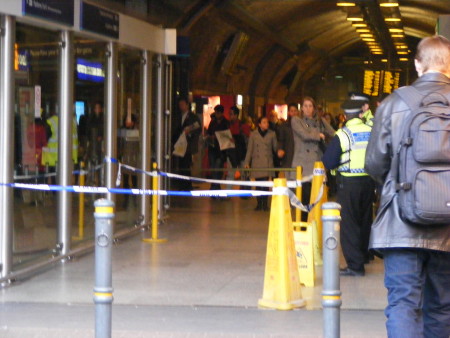 A British Transport Police spokesman said: "BTP and Metropolitan Police officers attended London Bridge rail station today, Wednesday 17 March, after a report of a disturbance onboard a train at the station.

"Paramedics from the London Ambulance Service also attended and two males were taken to hospital.

"Four males have been arrested in connection with the incident so far and have been taken into custody.

"The incident was reported to police at 3.36pm.

A trail of blood could be seen through the station; part of the lower concourse in Joiner Street was taped off to allow officers to gather evidence.