Home Office minister David Hanson visited the Millennium Green during a tour of Waterloo to hear about efforts to tackle anti-social behaviour. 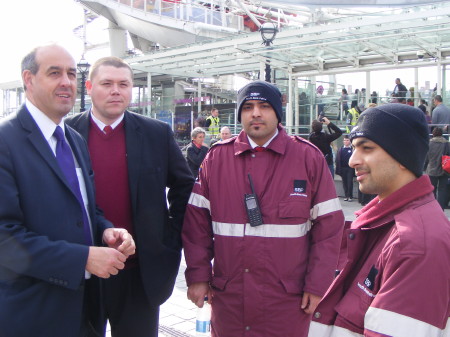 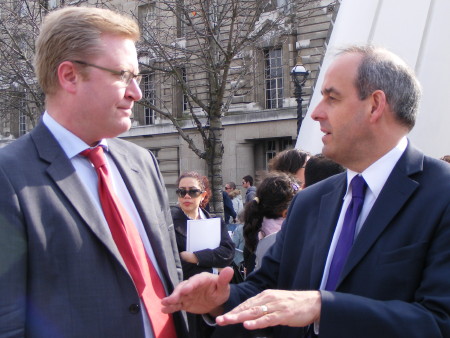 Initiatives include dispersal zones introduced to respond to antisocial behaviour in such places as the Waterloo Millennium Green where rough sleeping and street drinking had become a major concern. The police have powers to move on groups of two or more people believed to be causing or likely to cause harassment, alarm and distress.

Mr Hanson later joined a South Bank patrol on the riverside between the London Eye and the National Theatre. This joint patrol initiative with South Bank Employers' Group (SBEG) and Lambeth Council has provided a high visibility presence since October 2008.

During a meeting at SBEG's offices in Waterloo Road the minister was told that the number of illegal traders had dropped from 225 in February 2009 to just two last month.

The Safer Lambeth Partnership, which brings together the council, police and businesses to help resolve problems, reported that crime had been cut by 20 per cent in the past year.

Since the introduction of a controlled drinking zone in 2009 the Bishop's ward Safer Neighbourhood Team has carried out 100 confiscations. Following handbag snatches there are four orders prohibiting entry into the area.

"Tackling crime and antisocial behaviour is a top priority for this government and I am pleased to come and see the excellent work happening here on the South Bank," said David Hanson. "These encouraging results not only benefit residents and local businesses but also the thousands of tourists who visit the area each day."

Cllr Mark Bennett, Lambeth Council cabinet member for community safety, said: "We have taken tremendous steps to reduce antisocial behaviour such as street drinking, rough sleepers, and illegal street traders. No one should have to walk along the street in Waterloo or any other part of Lambeth in fear of being intimidated."

This summer neighbouring Southwark Council's licensing committee is due to receive a report on plans to curb illegal trading outside Tate Modern and Shakespeare's Globe on Bankside.