Kate Hoey has praised the work of the Terrence Higgins Trust which she described as not being well-known enough. 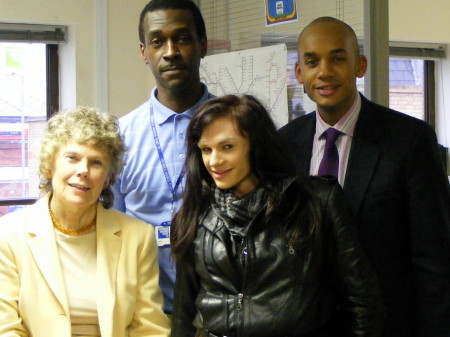 The Vauxhall MP was speaking during a visit to the HIV and sexual health charity's Waterloo office which is engaged in outreach among young people in schools and colleges across the capital.

The centre provides a dedicated range of sexual health services for people living with HIV including advice on housing, welfare benefits and employment.

The charity is anxious for MPs to be aware of whether current sexual health services are meeting people's needs in their constituents.

"It's great that local politicians are taking an interest in THT's work and helping us to raise awareness," said THT health improvement director Andrew Smith.

"It's a really important time for us because HIV is the fastest growing serious long term health condition in the UK so it's vital that screening programmes, support services and other sexual health services in the city are given the priority they deserve."