Lambeth and Southwark councils to merge some services under Labour plan

Labour councillors in Lambeth and Southwark have announced plans for the two boroughs to work together if the party wins control of both councils this May. 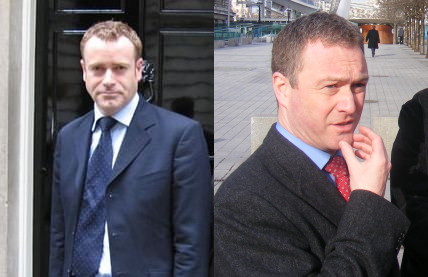 Cllr Steve Reed, leader of Lambeth Council, and Cllr Peter John, leader of Southwark's Labour group, say that they will share management costs and merging some services across both councils.

Labour is hoping to retain power in Lambeth at the elections on 6 May and gain control of Southwark which is currently run by a Lib Dem/Conservative joint administration.

Residents along the borough border in Waterloo have long been frustrated by a lack of coordination between the two authorities, particularly on planning and regeneration issues.

Labour says that it would consider joint regeneration and economic development teams which would benefit areas such as the South Bank and Camberwell which are in both boroughs.

Services like parking and school support could also be shared across the two boroughs.

There is already some cross-borough cooperation via organisations like the South Bank Partnership and Waterloo Quarter BID, but residents have lost out due to an unwillingness by the two councils to allow section 106 contributions from developments on the boundary to be spent in the neighbouring borough where the impact of those developments is felt.

If they win the elections on 6 May, Cllr Reed and Cllr John say that they will bring senior managers from both councils together in a summit to identify other areas where closer working might benefit residents and save money.

"Labour is all about quality services," says Cllr Peter John. "In Southwark, we've seen the Lib Dems and Tories drive service standards down. By working more closely with neighbouring councils like Lambeth we can guarantee better services that cost less, and that means a better deal for local people."

Cllr Steve Reed said: "Lambeth and Southwark councils both provide many services that are identical, but do we really need to pay twice for separate sets of senior management and back-office support? By merging some services we can save money to reinvest in the frontline, protecting services and helping keep council tax down."

Southwark Lib Dems had promised to sit down with their Lambeth colleagues after the 2006 election to agree a joint approach on Waterloo issues, but Labour's victory in Lambeth put paid to any prospect of meaningful cooperation.

Southwark Lib Dem leader Nick Stanton gave us his response to the Labour initiative: "I imagine Southwark tenants are shaking with fear at the prospect of Lambeth's privatised housing ALMO taking over their homes, jacking their rents up and failing to carry out basic repairs.

"And users of their leisure centres might also argue that Lambeth Labour provide any sort of model for Southwark to follow."

Meanwhile NHS Southwark and NHS Lambeth have paved the way for the integration of some of their activities across the two boroughs with last week's decision to hand over delivery of community health services to Guy's and St Thomas' NHS Foundation Trust.