Druid Cycles: a bike shop with a difference

A social enterprise bike repair shop is hoping to raise £3,000 to help an Indian mountain bike champion achieve his dream of competing internationally. 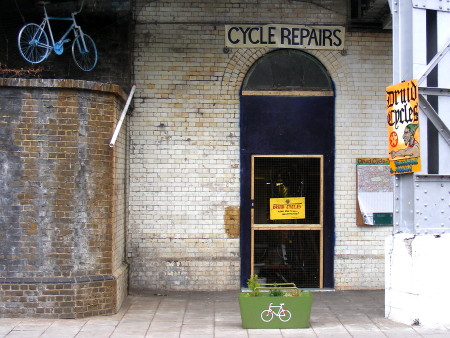 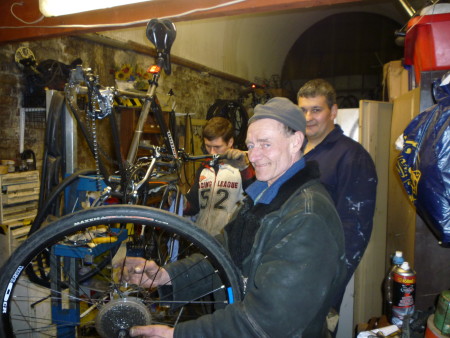 Druid Cycles is restoring second-hand bikes at their Druid Street workshop and selling them at their pop-up shop in Bermondsey Square (open until 16 May) to raise money for Parmod Singh, a former Indian national mountain bike cross country champion, to come to the UK in June to train and compete.

"He approached us in November last year applying for an internship but I said there's not much I can do if you don't have a visa," said Thor Burkard from Druid Cycles. "It turned out he had been a mountain biking champion in India in 2007. So I said we can try to help you out and sponsor you."

Parmod was forced to abandon his promising amateur career and sell his bikes, as he was unable to take time off from his job in a bike shop to compete.

The shop has already raised enough money selling their refurbished bikes to buy Parmod a new competition bike and last month sent him to Kathmandu to compete in a high-altitude mountain bike event.

He finished 14th out of 70 riders, with only 18 riders managing to finish in the gruelling conditions, and Thor said they are both pleased with his progress.

"He has gone places he has never been or imagined before," said Thor. "The next step is now to raise enough funds so we can invite him here for maybe four months to compete in as many races as possible."

If Parmod's sports visa is granted, Thor is also looking for local mountain bike enthusiasts to act as training partners. "Here you ride mountain bikes in a team with ten, 15, 20 other people and you train together," Thor said. "There it's everybody for himself."

Druid Cycles also operates as a repair workshop and provides bike mechanic training for people from all walks of life, including new arrivals to London who are struggling to find work.

"The main priority of the workshop is fixing bikes for the community," said Thor. "We have a different approach to the repair of bicycles. Every bike that comes through the door we clean, before we even start to repair, and we are cheaper. We look at the detail, removing all the rust and then apply a lacquer."